WILL FLEMMING THE NEW VOICE OF THE PAW SOX 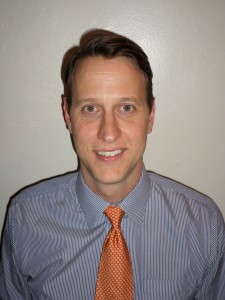 The Pawtucket Red Sox have named Will Flemming as a new radio broadcaster for the 2015 season. Will joins Josh Maurer, who returns for his second season, as the duo will broadcast all 144 PawSox games on 920 WHJJ and the 12-station PawSox Radio Network. Flemming was chosen among more than 100 nationwide applicants to replace Jeff Levering who left the PawSox in February to become a radio play-by-play broadcaster for the Milwaukee Brewers.

Will Flemming, 35, has nearly a decade of play-by-play experience in a broad range of sports. He has spent the past three baseball seasons as a play-by-play voice of the Indianapolis Indians (the Triple-A International League affiliate of the Pittsburgh Pirates). Flemming has also called a host of NCAA Championships for Turner Sports over the last three years. Will has broadcast NCAA finals in baseball, hockey, basketball, track and field, soccer and swimming.

During the baseball off-season, Flemming has been the voice of IUPUI men’s basketball on television and radio. In addition he has worked as a host and anchor for CBS Radio 106.7 The Fan in Washington, D.C.

After graduating from Stanford – where he was the play-by-play voice for baseball, football, and basketball – Flemming launched his professional career with one season in the California League with the Lancaster JetHawks (the Houston Astros’ Single-A affiliate). He then spent two years as a radio broadcaster for the Potomac Nationals (the Washington Nationals Single-A affiliate) before earning the promotion to Triple-A with the Indians in 2012.