While fishing for his next GM, Cam Neely’s best move might be to get Gorton to bite 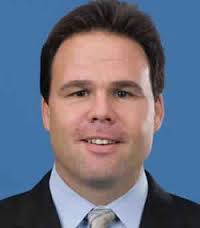 When Cam Neely fired Peter Chiarelli nearly two weeks ago, he promised he would conduct an intensive search for the next general manager of the Boston Bruins. When he spoke about the reasons for the change, he said, “Well, I think maybe we got away a little bit from our identity that we had in the past. I don’t think we were as hard a team to play against as we like to be and we were in the past.”

It is no secret what kind of hockey Neely wants his team to play. He wants a team that is physical, has speed and quickness, and is not afraid to go into the dirty areas of the ice in order to make plays. He wants a mobile defense that can transition pucks quickly out of their own zone, but also one that does cower from contact, instead they initiate it. Simply put, he wants a team that plays Bruins’ hockey.

The team’s inability to draft young players who fit Neely’s mold is largely the reason that Chiarelli will call the arctic climate of Edmonton home for at least the next few years. And while the odds are still heavily stacked in favor of Cam’s old friend and current assistant general manager Don Sweeney getting the gig, reports emerged recently that the Bruins have reached out to Sweeney’s predecessor in the position, Jeff Gorton.

In Gordon’s bio on the New York Rangers website – where he currently does most of the heavy lifting for GM Glen Sather if you listen to sources close to the team – it says this about the Blueshirts assistant GM: “Gorton was instrumental in landing Bruins’ star players Milan Lucic, Brad Marchand and Tuukka Rask, as well as former Bruins’ star Phil Kessel. He also acquired key All-Star free agents Zdeno Chara and Marc Savard.” It fails to mention that he played a key role in the drafting of Patrice Bergeron as well, but you get the point; Gorton played a much bigger role in crafting the team’s current core, than Chiarelli ever did.

Having spent 15 seasons in the Bruins organization, Gorton is familiar with the place. He knows the expectations of the fan base; he knows the style of play that is expected from the players who play here, and he is seemingly a good fit for crafting the type of team Neely is so hell-bent on bringing back to Boston.

One look at the Rangers tells you everything that you need to know about building a team to succeed in the so-called new NHL. They are big, they are fast, they are talented, and most importantly, they are tough to play against. They have world-class goaltending, but they don’t necessarily rely on it to win games 1-0 or 2-1 every night. And much like the 2011 Stanley Cup winning Bruins team, they roll four productive lines on a nightly basis.

Gorton was recommended to the Rangers by none other than Harry Sinden, and is widely considered to be next in line for the GM job in New York when/if Glen Sather ever decides he has had enough and retires. That, no doubt, would be a plum assignment, but one that would likely take a back seat to be able to call the shots for the team he grew up watching, and cut his teeth in the business with, for the Melrose native.

If Neely really wants to change the direction of the franchise, it would make sense for him to look outside of the walls of his own building. Don Sweeney has played a large role in the drafting and development of the players who haven’t panned out for the Bruins, and his ascension into the big chair would only solidify the thought in many a mind that the next GM would largely be his puppet, to control as he wishes.

While that may be the case regardless of who he hires, Gorton’s track record of contributing to the building for a Stanley Cup contender – don’t forget, he was part of the management team that brought Tim Thomas to Boston in the early 2000’s – for two different teams is a large feather in his cap. He has shown he knows what it takes to make the teams he works with successful, and most of all, he knows what the fans here expect from their hockey club.

If Cam Neely really wants to bring back the style of hockey that Bruins Nation has come to know and love, he might just want to call upon someone who grew up watching what it meant to be a Bruin, to help bring it back to Boston.