VICTORINO GOES TO THE DL 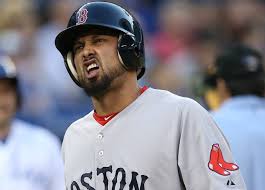