Tom Brady on letting the Chargers hang around “ We didn’t finish them off. I think we need to do a better job that.” 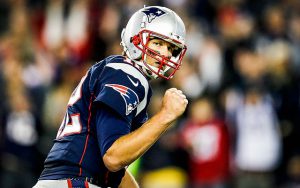 Q: What are your thoughts on the offense’s struggles to finish off drives today?
TB: Yep, that’s a good word for it. We didn’t finish them off. I think we just have to do a better job of that. I know I’ve said that about 100 times this year, but it’s tough. I mean, we’re trying. It’s just the execution is coming up a little short in critical times. I’m glad we won. That’s the most important thing. You know, starting 0-1 and then being 6-2 – you know, a lot of mental toughness. So, that’s good, and we’ve got to keep it going. You know, biggest games are ahead of us, so we’re going to have to go play well.

Q: How much of an advantage is it for you to have James White available on third down? It seems he has a knack for being able to move the chains.

Q: Even though you have won four games in a row, does it feel like the offense is starting to hit a wall?
TB: You know, we’re not scoring as many points as we’re capable of scoring. I know that. I wish there was a simple answer for it, and the simple word would be execution. I mean, it’s just throwing and catching and blocking and running and doing all those things, staying on track in the red area, but we have more opportunity out there. I mean, we know it. We just haven’t done a great job finishing off the last three or four weeks, but hopefully we’re going to get back to it, and I’m sure we’ll watch a lot of tape and try to evaluate a lot of things that we’ve done and try to build on those things. I wish it would be better, but we’re not. But, we’ll just keep going after it. We’ll keep working hard like we always do, and hopefully it’ll be better here in the next couple of weeks. 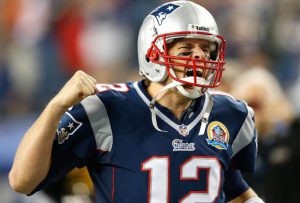 Q: How much of the offense’s struggles is a factor of timing being off slightly?
TB: You know, I think that’s – obviously, you’d love to have timing and execution and consistency in offensive football. You know, that’s an important word, and timing’s important in the pass game and the run game, absolutely. I just think we can do a better job than what we’ve done. We’re close. Even at the end, we’re close to breaking a couple runs there for big yards, and [we had] a hit pass and then we had a couple penalties and I took a sack that I shouldn’t have taken, and that hurts us. So, just work on it and try to do a better job.

Q: When you look at the way this team is starting to play complementary football, does that give you even more reason to be optimistic for where you might be headed after the bye?
TB: Well, we’re going to need to play well on all three phases, absolutely. I think good football teams play well in all three. You know, our special teams has been really solid. Defensively, they’re working hard to improve. Offensively, it hasn’t been horrible. It just hasn’t been up to what we’re capable of doing. I think we come in every week and we say, ‘We missed this opportunity, we missed this opportunity.’ It’s not one play, it’s not one player, it’s just all of us collectively trying harder, doing better and making the plays happen when we need to make it happen. Hopefully, our best games are still ahead of us. You know, that’s what our goal is.