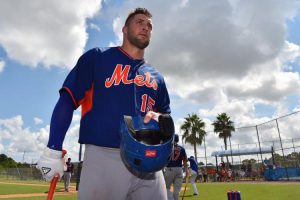 Port St. Lucie, FL – However you may feel about Tim Tebow as an athlete, one thing that everyone should love and admire is his boldness in proclaiming what is truly important in life.  This week he left the media speechless as he talked about his faith and purpose on this earth.  How he balances his sports career and his personal belief on why he is been placed here… makes anyone stop in their tracks to really consider, all of this media is for a “game”??!! 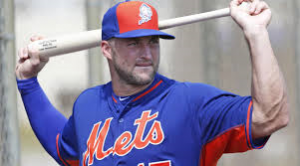 “I want to be someone that was known for bringing faith, hope and love to those needing a brighter day in their darkest hour of need. That is something that is a life calling for me and it is so much bigger than sports. But I am so grateful for sports because it’s given me a platform to be able to share and love and care for people all over the world, so I wouldn’t trade that for anything. But they do have very distinct separate places and I like to keep them there as well.”

On September 8th, 2016, Tebow announced he would pursue a career in professional baseball and signed a minor league contract with the New York Mets.  Tim Tebow may never be a good baseball player…and with his football career over, Tebow has been given a chance that most athletes only dream of, but being either one is truly secondary to what is in his heart and what he considers his life’s passion.

After a celebrated college football career and short NFL tenure in which he became a pop-culture star, the former Heisman Trophy winner doesn’t know if he will ever play a major league game for the Mets, but says he will savor the scenery as long as the ride lasts.  He will split his time in baseball with the Mets, and off-season as a college football analyst for the SEC Network. Prior to joining the SEC Network, Tebow played three years in the NFL for the Denver Broncos, New York Jets and New England Patriots. 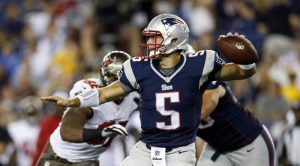 Tebow was released from the New England Patriots in August of 2013, the month NFL teams were required to cut their rosters to 53.  After being cut, Tebow publicly thanked the Patriots organization for the opportunity and stated: “I will remain in relentless pursuit of continuing my lifelong dream of being an NFL quarterback.” 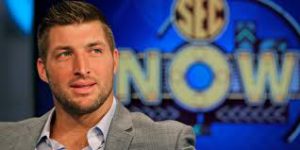 When Tebow began his broadcasting career in December 2013 on the SEC Network, he DID continue to seek opportunities to resume his career as an NFL quarterback.  Tebow signed a one-year contract with the Philadelphia Eagles in 2015 but only played four pre-season games for them before he was released in September following that fourth game.

Tebow the quarterback-turned-outfielder was asked about making it to the big leagues this week while at his first spring training, and the 29-year-old talked about his future with the Mets but didn’t exactly express a lot of confidence in his prospects. “I don’t think I have to give my chances. But [the majors] is not just the ultimate goal,” he said. “The ultimate goal is to be able to enjoy it every day, and I can honestly say I’ve had so much fun training, pursuing it and getting hits, striking out, whatever.” 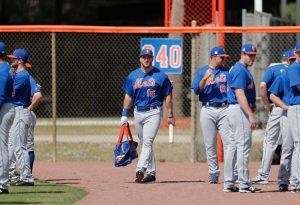 In 2010, his vision of helping others took shape in the Tim Tebow Foundation. The Tim Tebow Foundation exists to bring Faith, Hope and Love to those needing a brighter day in their darkest hour of need.  He devotes himself to charity–raising money for pediatric cancer patients and disadvantaged children. The foundation fulfills this mission every day by making dreams come true for children with life-threatening illnesses, building Timmy’s Playrooms in children’s hospitals, providing life-changing surgeries to children of the Philippines through the Tebow CURE Hospital, sponsoring Night to Shine, a nationwide prom for people with special needs, providing care for orphans in four countries and adoption aid grants for families who choose to adopt an international child with special needs. 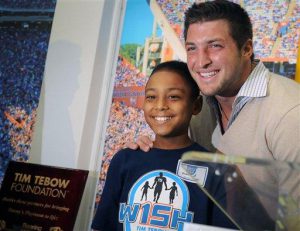 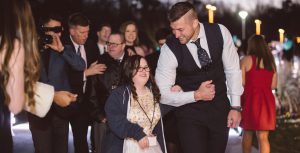 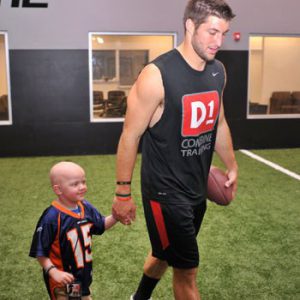 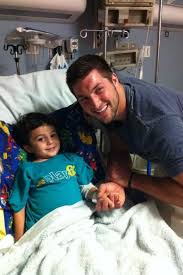 So as you can see, Tebow’s real passion and purpose for life is not on a football or baseball field…it is reaching out and helping others.   After all, “TRUE SUCCESS is not measured in physical possessions, but in the amount of lives that you change.”