This Memorial Day weekend, take time to take a step back and remember the true heroes in uniform 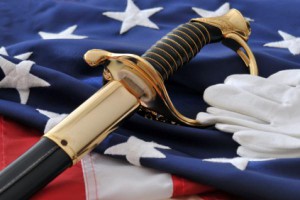 It is often said that sport is the candy store of life, a place where many of us go to get away from our sometimes drab daily existence, and live vicariously through our so-called “heroes” who wear the laundry we find most appealing.

That candy store vision often gets clouded, however. Anyone who has listened to a nanosecond of sports talk radio in Boston lately knows the vitriol being spewed by backers of Tom Brady regarding Deflategate has approached – and at times wildly surpassed – the absurd. The name-calling and finger pointing because of pounds per inch of pressure in a football have become all consuming for some, and that is really a reflection of what sports fanaticism is all about.

The sports world is one in which statistics are often everything. A player’s batting average is often the first thing a baseball fan will look at when judging who is good, and who is great. A pitcher’s ERA, a goalie’s save percentage, or a quarterback’s rating is often scrutinized to extraordinarily ridiculous extents.

One just needs to look at the explosion of online fantasy sports – which is solely based on numbers and has become an industry all its own – to see how heavily a role numbers play when it comes to the games we watch.

Well, I have some numbers for you. Let’s start with 2,357. That is the number of United States service members who have voluntarily sacrificed their lives since Operation Enduring Freedom began in October 2001, according to icasualties.org.

How about another number? Let’s say, 368. That is the number of casualties that were the result of IED’s (improvised explosive devices) in 2010, when the cowardly way of killing the enemy employed reached the height of its awful effectiveness.

And lastly, how about the number 1? That is the number of people every service member who ever wore the uniform of this country, took an oath to lay down their lives for, if it meant they could protect an innocent from any country in any part of the world their commander in-chief told them to go defend.

Think about that for a moment before you enter into a rant about wanting revenge for Darrelle Revis signing with the Jets, or how Clay Buchholz sometimes pitches like he should be wearing a skirt. As sports fans, too often we get lost in the fantasy world we live in to recognize who are the true heroes, and who are simply grossly overpaid to provide us with entertainment.

I would hazard a guess that anyone who lays eyes on this story has either served with the military themselves, or has known someone who has. Maybe, like me, it was your uncles – all of mine served in WWII, and all saw combat – who rarely spoke about their service but were supremely proud of their country, not to mention proud of the teams they rooted for. Maybe, again like me, it was your brother – two of my brothers served, one in Vietnam as a LRRP/Ranger (long-range reconnaissance patrol) always in small groups, and often behind enemy lines. My brother came home, but many of his brothers in arms did not.

Perhaps it was your dad, your mother, or your sister. Maybe it is your son or daughter. Whoever it is or was – and whether they made the ultimate sacrifice or not – they did so in order for us have the freedom to enjoy weekends like the one we are about to enjoy this weekend, welcoming summer after such a long and brutal winter.

Memorial Day might just be my favorite holiday of the season. It is the beginning of all that is good in the year. The weather is warmer; the sun shines later into the evening, and the summer stands before us in all its resplendent glory.

This weekend, whether you are at a cookout with your family or at a party with your friends, take a moment to remember those who laid down their lives for the glorious cause that is freedom, and raise your glass to the true American heroes.

Don’t worry, Deflategate will still be there on Tuesday, and Buchholz balls will still have yet to drop.