THE FROZEN FOUR: PC FRIARS BACK AFTER 30 YEARS

BOSTON: The Men’s Division I Hockey Frozen Four kicks off tonight on Causeway Street and here’s a look at the Nate Leaman’s No. 4 Seed Providence College Friars: 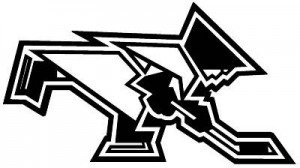 -PC takes on No. 2 Seed Nebraska Omaha in the first game (5pm ESPN 2). The Firars have only played Omaha twice in program history, with the Mavericks taking both contests. Their most recent game was back in 2005 at the RPI Holiday Tournament. Their only other look at Omaha was a 4-3 overtime loss in Nebraska in the Maverick Stampede Tournament. PC was ranked 6th at the time, while Omaha was ranked 12th.

-Providence has had some success again the National Collegiate Hockey Conference (NCHC), which is only in its second year of existence. PC was 4-1-1 against NCHC opponents this season (10-2-4 overall). Omaha is the third consecutive NCHC foe that the Friars will face in the NCAA tournament, having bested NCHC Tournament Champion Miami (7-5) and Denver (4-1).

-Since the field of the NCAA Championship was expanded to 16 teams back in 2003, Providence becomes the eighth No. 4 seed to advance to The Frozen Four. Three of those teams have advanced to the National Title game (Notre Dame ’08, Miami ’09, Yale ’13), with only Yale coming out victorious (4-0 victory over Quinnipiac).

-The Friars are making their 11th overall NCAA Tournament appearance and back-to-back for the first time in program history. Last season, PC defeated Quinnipiac in the Regional Semi-Finals in Bridgeport, but lost to eventual National Champion Union (Coached by PC Alum Rick Bennett).

-The Friars’ only trip to the National Final was 30 years ago behind the incredible goaltending of Chris Terreri ’86, who was named the Most Valuable Player of the 1985 NCAA Tournament. Terreri set an NCAA Frozen Four record by stopping a combined 102 shots in both games. PC advanced to the Final after beating Boston College in a memorable 4-3 triple overtime win, eventually losing to RPI 2-1 in the Final that year.

-Friars coach Nate Leaman is in his fourth season at Providence (77-57-19. 215-184-54 overall) and last year he joined some very exclusive company. With PC’s invitation to the 2014 NCAA’s, Leaman became only the 16th coach in Men’s Division I NCAA history to take two programs to the tournament. His first team was Union in 2011. Former PC coach Mike McShane also earned that distinction when his 1983 St Lawrence and 1991 Friars teams were invited. Current Hockey East coaches Jerry York (Bowling Green and BC) and Jeff Jackson (Lake Superior and Notre Dame) are also in that exclusive club.

-Despite a lapse of 30 years between Frozen Four appearances, several current Providence players have family members who have also gotten this far: Junior Kevin Rooney (F) is the nephew of Steve Rooney ’85 who was a key member of the Friars’ 1983 and 1985 teams. Juniors Nick Saracino (F) and Brandon Tarnev (F) both are connected to RPI’s Frozen Four run back in 2010. Both have older brothers named Chris who were on that team.

Junior Mark Jankowski’s father, Len, made his Frozen Four appearance with Cornell back in 1980, which took place at the old Providence Civic Center.

Not to be out done, Junior goalie Jon Gillies’ claims two members of his as Frozen Four entrants. His father, Bruce Gillies, was a member of the 1982 UNH team, while his uncle, Chris, was with Denver in 1986.

-Providence and Harvard are in select company this year. They are the only two schools to send both their Men’s hockey and basketball programs to their respective NCAA post-season tournaments. And the Friars are the only school to accomplish that feat in each of the past two seasons (Wisconsin joined PC in 2014).