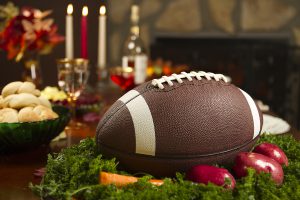 I love Thanksgiving…but I LOVE football.  The pairing seems to be as natural as fine wine and an expensive dinner…something I also adore!

The tradition of Thanksgiving Day Football goes almost as far back as the year President Abraham Lincoln declared the 3rd Thursday of November a national holiday…that was 1863 with the earliest Turkey Day football beginning just a few years later.  By the late 1890’s thousands of football games were taking place each Thanksgiving, with some of the early match-ups still continuing to this day.  Many Massachusetts high schools face off with rivals, some since 1887, and we have all learned to time our turkey eating until after we have come home from seeing schoolmates from decades ago who make the tradition as part of their family holiday when coming home to grandma’s house.

Today, the NFL holds three Thanksgiving games each November, two of which always feature the Detroit Lions and the Dallas Cowboys. The Lions have been a fixture of Turkey Day since 1934.  The two teams have since become as much of a Thanksgiving tradition as the turkey and all its trimmings. 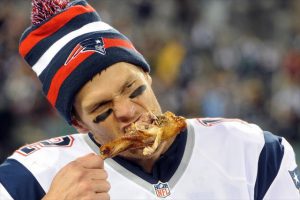 Since 2006, a third NFL game was added on Thanksgiving night.  The Thanksgiving night game has no fixed opponents or conferences, enabling the league to freely choose whatever marquee match-up to feature on that night.   Starting in 2001 the teams playing on Thanksgiving often wear throw-back uniforms.   The following year it extended to nearly all games of the weekend, and in some cases it also changed to classic field logos at the respective stadiums. 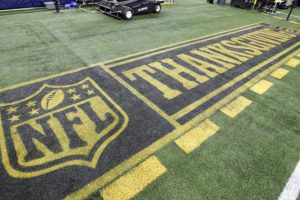 These are the 2016 Thanksgiving Day NFL Games: 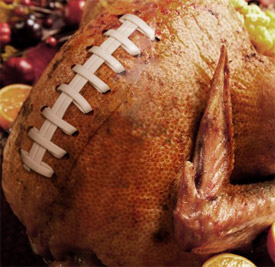 Wishing all of you a special time with those you love and fun football watching!!  Happy Thanksgiving!