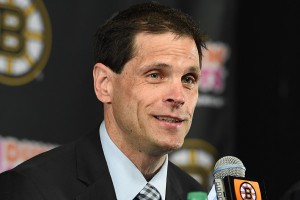 Talbot has skated in two games for Boston this year, after appearing in 18 contests last season for the Black & Gold when he registered three assists. In 81 games split between Colorado and Boston last year, Talbot recorded five goals, 13 assists and 29 penalty minutes.

The 31-year-old Talbot is a veteran of 668 NHL games and has tallied 89 goals and 108 assists for 197 points and 480 penalty minutes in his career with the Penguins, Flyers, Avalanche and Bruins. He won a Stanley Cup with the Penguins in 2009.