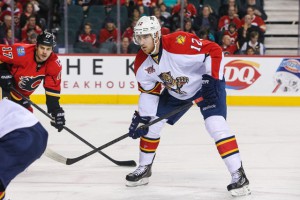 The Dorchester, MA native Jimmy Hayes played 72 games for the Florida Panthers during the 2014-15 season and recorded 19 goals (third on the team) and 16 assists for 35 points.

In total the 25-year-old forward has competed in 168 NHL games from 2011 to 2015 for both the Chicago Blackhawks and the Florida Panthers, tallying 36 goals and 30 assists for 66 points.

Hayes played three seasons at Boston College from 2008-2011, totaling 42 goals and 39 assists for 81 points in 117 games. In his sophomore season, Hayes competed in all 42 games for the Eagles helping them to the 2010 NCAA National Championship. 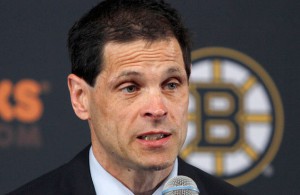 Connolly, 23, has skated in 139 career NHL games for Tampa and Boston and registered 18 goals and 16 assists for 34 points with 82 penalty minutes. In 50 games with Tampa Bay in 2014-15, Connolly potted 12 goals and three assists while accruing 38 penalty minutes before being acquired by Boston. In five games with Boston last season, Connolly picked up two assists, both of which came in his first game as a Bruins on April 2, 2015 against the Detroit Red Wings.

During the 2012-13 AHL season Connolly tallied 31 goals and 32 assists for 63 points while playing for the Syracuse Crunch. The 31 goals were tied for the third most in the league while the 63 points ranked ninth.