Labor Day is upon us so what better time than now to start chipping away at the block of ice that has seemingly enveloped the Bruins since free agency started and Jarome Iginla left for the greener pastures – not to mention the larger stacks of greenbacks – of Colorado and the Avalanche. 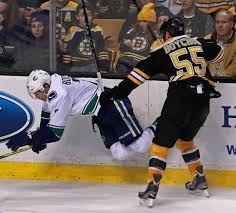 Johnny Boychuk has heard the talk surrounding a possible deal that would send him packing from Boston to some yet to be determined destination.  The Bruins defenseman is entering his walk year and most likely will command a package somewhere in the range of the 5 year, $27.5 million contract Brooks Orpik signed with the Washington Capitals earlier this summer.

Both players are physical – although Boychuk lacks the cheap shot instinct that Orpik displays on a regular basis – and Boychuk’s offensive game is better than Orpik.  His trademark rocket-like, hard slapshot would be an asset on any team’s power play.

And unlike Orpik, Boychuk is more than willing to drop his gloves when necessary to defend himself or a teammate.  Also, at the age of 30, Johnny Rocket clocks in at 3 years younger than Alex Ovechkin’s new running mate.

Earlier this week, CSNNE’s Joe Haggerty floated a possible deal that would send Boychuk back to his hometown of Edmonton for former number one overall pick Nail Yakupov.  The talented Russian winger has had attitude issues – he clashed with head coach Dallas Eakins last year and was benched early in the season because of it – and there has been talk he could use a change of scenery.

Boychuk would be a good fit for a young team who is seemingly loaded with talent and is trying to establish an identity, especially on their blue line.  But as Haggerty points out in his piece, taking Johnny out of the Bruins backend would leave a mighty big hole for a team that has Stanley Cup aspirations come next spring.

The CSNNE article refers to one written by Jim Matheson of the Edmonton Journal who caught up with Boychuk at a hockey camp in his hometown.  When asked about his contract status and the possibility of playing in Edmonton in the future, the burly blueliner said, “Our GM [Peter Chiarelli] is a mastermind…he’s good with doing things like this [cap struggles], and we have some good players we’ve developed the last couple of years, but nobody’s heard of them over on the west side [of the NHL].”

He went on to call the B’s “family” and pointed out that the Bruins were the only team to give him a chance as a young player saying, “I’d won the Eddie Shore award (best AHL defenseman) in Providence (Bruins’ farm team). Nobody offered me anything (elsewhere) and Boston stepped up and offered me a one-way contract ($500,000).”

It sounds like if he has his way, Boychuk will be calling Boston home for at least another season. 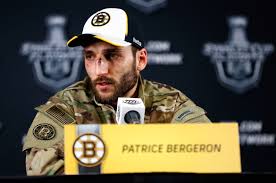 Finally it seems that Patrice Bergeron is getting his due in the hockey world.  After pocketing the Selke Award “as the forward who best excels at the defensive aspects of the game” in June, the often overlooked pivot man won the crazy showdown with P.J. Subban for the cover of EA Sports NHL 15 as well, and the new promo’s for the paddle fueled puck product are nothing short of hysterical.

I have often called Bergeron a poor man’s Steve Yzerman, more for his ability to lead a team with a quite dignity and a bulldog-like tenacity more than pure physical skill prowess Stevie Y displayed, especially in his early days in the league.  He quite frankly is the heart and soul of the Bruins and his leadership role will only continue to increase as Zdeno Chara ages.

Bergeron was not only a big part of the team that broke the 39 year long drought without a Stanley Cup in Boston, a quick look at his profile on the Canadian Olympic team website reveals that he is the first player ever to win a World Junior Championship (2005) after winning a men’s World Championship (2004).  Add to that Olympic Gold Medals in 2010 and again in ’14 and you have one of the most decorated players in the game’s history.

While he may have been overlooked in the past, there is not doubt that that is changing now.  And it seems he has some pull with the promotion staff at EA Sports as well, as he got to read his spot and not sing it like the Nose Face Killah so fortunately for us was forced to do.

Expansion?  For the love of Pete, no! 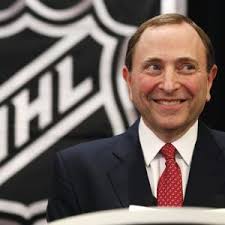 Earlier this week the hockey world was set on edge when Tony Gallagher wrote in an article that appeared in The Province in Vancouver that stated – according to Gallagher – that the NHL’s expansion into Las Vegas was “a done deal.”  In the same piece he goes on to detail some expansion/relocation opportunities that the league may face in the near future.

Seriously if this is true, what is Gary Bettman thinking?  Just two years ago Forbes magazine, in a piece written by Kirk Badenhausen, revealed that at the time only 3 NHL franchises were actually making money.  In the article – which was written days after the NHL had its third work stoppage under Bettman’s watch – Badenhausen detailed the discrepancies between the haves and have-nots in the league and compared them to the other major sports in the country.

Needless to say, the NHL fared very poorly in the comparisons.

So now you’re telling me the solution to that is to add more teams, one of which is going to the place where hockey goes to die, the desert southwest?

This smells like a classic case of NHL owners lacking the ability to save themselves from themselves.  Isn’t that the commissioner’s job in the first place?

What hockey needs are teams in cities that want them, not cities where wantonness wins out 7 days a week, 365 days a year.  Hockey needs a commissioner that cares more about the game itself, instead of the next money grab.

Until those who run the game put a real hockey person in charge of the league, there will be teams in places like Sunrise, Florida and no teams in hockey hotbed spots like Quebec City, Quebec.

It is kind of sad to think that those who sit at the highest levels of the game still don’t recognize that.

Time is ticking away

38 days until the Bruins open against the Flyers on Wednesday, October 8th.  The game will kick off NBCSN’s “Wednesday Night Rivalry” coverage for the season.

Kevin Flanagan contributes to the coverage of the Bruins for BSD as well as all things Boston sports.  His weekly Bruins/NHL musings “Sunday Shavings” will begin on a regular basis when the season starts in October. You can follow him on Twitter @KevinMFlanagan