Sunday Shavings: Time to put the “Big” back, rookie to the rescue, direct from Causeway St.

Bringing back the “Big” to the Big, Bad Bruins

Earlier this week when discussing the state of his team – one that has more resembled a MASH unit rather than a Stanley Cup contender the first 2 months of the season – Bruins general manager Peter Chiarelli said he was fairly satisfied with his club’s performance given the glut of injuries that have ravished his team and put his best players – namely top line center David Krejci and captain Zdeno Chara – in the press box for a majority of October and November. 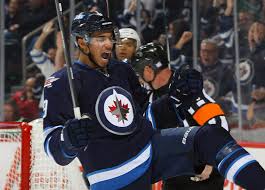 He also said he is on the lookout for a “heavy” player to add to the suddenly smaller Bruins club.  According to James Mirtle of the Globe and Mail in Toronto, the Bruins rank 20th in average player weight at 200.7 lbs, and slightly below the league average of 202.7 lbs.  That is not a ranking befitting a team that likes to think of themselves as the Big, Bad Bruins.

Of course much of the reason that the Bruins have become welterweights recently is due to Chiarelli himself.  The B’s boss dealt away Johnny Boychuk just before the season – a move that seemed to emasculate the defense at the start of the year – and he let walk in free agency the likes of Shawn Thornton, Nathan Horton and Jarome Iginla in recent years.

On the subject of adding size Chiarelli said, “Over the last year or two we’ve lost some heavier players.  That’s kind of been an area we’re I’d like to fill in a little bit. You’d like to see that style of play come out a bit, and it has. But you ask if there’s an area where I’d like to improve a little bit on the ice personnel-wise, and that’s an area.” 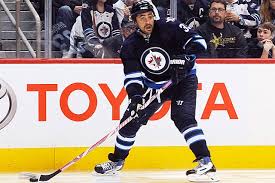 Two of the players that have been linked to the B’s via trade visited the Garden on Friday night.  Both Evander Kane and Dustin Byfuglien recorded points in the overtime loss to the Bruins, and both would fit the size requirements mentioned by Chiarelli.  And although it was advocated in this spot prior to the start of the season to do a deal for Kane, he seems to be a disinterested player going through the motions right now.

Perhaps a change of scenery could send a spark to his game but given the choice of the two players right now, Byfuglien would add the size and versatility the B’s lack, and his shot from the point on the power play would add what the Bruins so desperately need right now; offense.

Whatever route Chiarelli goes – so long as it is not a dog like Chris Stewart of the lowly Buffalo Sabres – adding size and skill is exactly what the Bruins need to do if they hope to be playing big and bad heading into the playoffs next spring.

The Bruins GM promised other moves would occur when he dealt Boychuk right before the season started, it is time for him to deliver on his promise.

Rookie to the rescue?

Much like the Fonz, even I can admit when I am wrong.  When the hype that surrounded Bruins rookie David Pastrnak began in July, I was more than somewhat skeptical.  I found it difficult to believe that an 18 year old kid that weighed barely 170 lbs soaking wet and that had never played a game in North America could be a difference maker at the NHL level, especially with someone like the defense-first Claude Julien as his head coach. 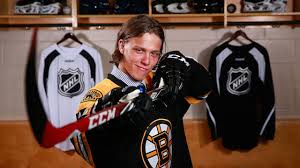 Of course it has only been 2 games – the first of which Claude predictably kept the kid stapled to the bench for the first 2 periods – but if Friday night is any indication as to what he can do, the minutes have to be there for the talented Czech.  Skating on the wing with Patrice Bergeron at center, Pastrnak was in the middle of the action all game and registered a game high 7 shots on goal.  Even though he didn’t score, he created ample opportunity for his teammates, and for a team that is desperate for offense, he showed an ability to create that has been missing from the Bruins middling attack.

At some point Julien is going to have to take the straight jacket off of a young, talented forward and just let him do what he does best.  If he does so with Pastrnak, the B’s might just have that high-end forward they thought they had in the likes of Phil Kessel and Tyler Seguin.

From the kind folks over at the Bruins Media Relations department comes the following:

2014 PUCKS & PUPS CALENDAR: On Friday, November 28, the Boston Bruins Foundation launched their 2015 Pucks and Pups Calendar presented by The Black Dog featuring Bruins players photographed with their pets or with adoptable dogs from the MSPCA-Angell. Due to the generosity of our presenting sponsor, The Black Dog, all proceeds from the calendar will benefit the Boston Bruins Foundation and donations will be made to the MSPCA and NEADS. The Pucks & Pups calendar is available at the Boston Bruins ProShop, all retail locations within TD Garden, and the Bruins Foundation table on the arena concourse during Bruins home games, and online at www.bostonbruins.com/pucksandpups.  This is the second year of the Pucks & Pups calendar; last year the calendar raised over $120,000 with a portion donated directly to the MSPCA’s adoption services program to care for homeless animals awaiting adoption.