Sox wrap up regular season this afternoon vs Yanks

FACING EAST: The Red Sox lead NYY by 7.0 games…Among their 9 previous division titles, their largest margin of victory came in 1995, when they finished 7.0 games ahead of the 2nd-place Yankees. 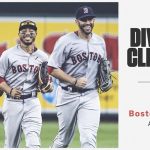 >>> According to Elias, Betts would become the 1st major leaguer ever to win a batting title for either league in a season in which he also hit 30+ HR and stole 30+ bases.

>>> Betts could also become the 1st AL player to lead the majors in both AVG and XBH since Mickey Mantle did so in 1956 (Betts enters today with 1 more XBH than Alex Bregman and Trevor Story)…The last NL player to accomplish that feat was Derek Lee in 2005.