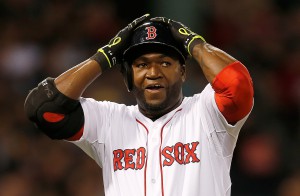 BUT A NUMBER: Last night the Red Sox received 4-hit games from 22-year-old Xander Bogaerts and 39-year-old David Ortiz…It was Bogaerts’ 5th career 4-hit game, tying his single-game high, including his AL-leading 4th this season…He is tied with Howie Kendrick for the most 4-hit games in MLB this year.
· In the last 100 years, the only Red Sox with more 4+ hit games at age 22 or younger are Ted Williams (8) and Carl Yastrzemski (6)…Tim Tabor also had 5.