A 10-game winner in 2014, Elias went 16 consecutive starts allowing no more than three earned runs from July 2014 through late May 2015, tied for the second-longest such streak among American League left-handed pitchers over the past two seasons. He threw a complete game three-hit shutout in his 12th career major league appearance on June 1, 2014 against Detroit, and also has a pair of 10-strikeout games in the majors, on May 1, 2014 at the New York Yankees and on June 19, 2015 against the Houston Astros. A native of Cuba, Elias was signed by the Mariners in May 2011. He also pitched for Guantanamo in Cuba’s major league, Serie Nacional, before defecting in late 2010. 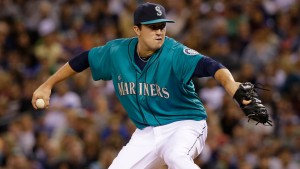