Sox magic continues…. take a 1-0 lead in the series

BOSTON STAYS HOT IN GAME 1
• Tonight’s Game 1 victory by the Red Sox marked the Club’s sixth consecutive win in Game 1 of the Fall Classic (also 1975, 1986, 2004, 2007, 2013). The six-game winning streak in the opener of the Fall Classic is tied for the second-longest streak in World Series history. The St. Louis Browns/Baltimore Orioles also won six con- secutive World Series openers from 1944-79 and the Philadelphia/ Oakland Athletics also won six in a row between 1929-74. The New York Yankees own the longest such streak in World Series history with nine straight Game 1 victories between 1937-50.

SOX ATTACK EARLY
• The Red Sox struck early en route to their 8-4 victory with a pair of runs in the first inning. With the win, Boston is a perfect 8-0 this Postseason when scoring first. The Red Sox compiled a 74-15 (.831) record when doing so in the regular season, which paced the Majors. 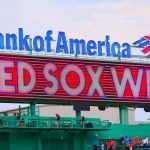 LEANING TO THE RIGHT
• The Dodgers starting lineup tonight in Game 1 featured nine right-handed batters with none being a switch-hitter. This marked the first time in World Series history that a team started a solely right-handed hitting lineup. Previously, there had been 46 instances of a team starting eight hitters that were solely right-handed, with the most recent occurrence coming by the Texas Rangers in Game 6 of the 2011 World Series against St. Louis.
• It has also occurred in 19 of the last 24 and 24 of the last 30 Series. In addition to San Francisco, Philadelphia, Cleveland and Houston, the only other exceptions in the last 30 Fall Classics were both by Atlanta, first game winners versus Toronto in 1992 and New York in 1996, but losers of each Series in six games. 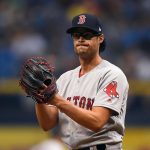