Sox begin the last home stand of the season tonight 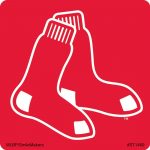 THE BEST AROUND: The Red Sox can secure MLB’s best record as early as tonight, with a win over the Orioles OR an Astros loss (HOU at TOR, 7:07 p.m. ET).

UNPACK YOUR BAGS: The Red Sox played their final road game of the regular season last night…Their next road game will be Game 3 of the ALDS on 10/8, 14 days from today.

EXTRA SPECIAL: In his last 2 games, Mookie Betts is 8-for-11 with 2 HR and 4 2B…He became the 1st Red Sox player ever to record at least 4 hits—including 3 XBH—in consecutive games (source: Elias)…The last major leaguers to do that were Jim Edmonds (2003) and Mark McGwire (1987).

>>> Betts hit his 31st HR of the season last night, passing Nomar Garciaparra (30 in 1997) for the most HR by a Red Sox player in a season as a leadoff hitter. 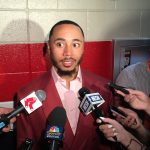