Sochi should mark the end of the NHL in the Olympics 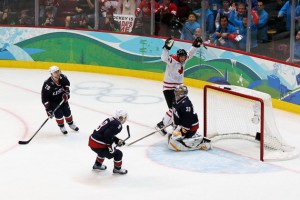 It is just plain silly when you stop and think about it.  Just when your league is set to take center stage – or as close as the NHL could come to hoping to be on the center stage – in the universe of professional sports in North America, you shut it down and travel half way around the globe to play a tournament whose games take place at a time when most of those who are its target audience are tucked away in bed, sound asleep.

Meanwhile, what should be the highlight of your regular season schedule is shelved for over two weeks and the sprint to the playoffs will now take place with the league’s best players dealing with jetlag, exhaustion and a compacted schedule that is sure to grind even the best prepared teams to dust.

If that’s what you call growth, brother, you can count me out.

There is no debating that international tournament hockey is second only to Stanley Cup playoff hockey in its intensity and level of play.  There is nothing like the best players in the world donning their country’s colors and playing for hearth and home.  The gold medal game featuring the United States and Canada in Vancouver four years ago was straight out of Hollywood’s central casting, climaxing with Sidney Crosby scoring in overtime to win the gold for Canada in front of an adoring, partisan crowd.

And it should have ended there.

From a pragmatic standpoint the NHL’s involvement in the Olympics just doesn’t make sense.  Forget about the argument that the Olympics are meant to be for the best amateur athletes throughout the world – in this day and age almost everyone participating in the games in Sochi are paid by someone, except maybe those involved in Curling, who surely would be willing to accept 30 packs in place of a cash payment – and just concentrate on the business side of things.  Shutting the doors of the league’s stadiums for two plus weeks in February is essentially the baseball equivalent of MLB shutting down for two weeks in August during a pennant race to allow its players to play in the World Baseball Classic in Japan.

It is just plain stupid.

How this helps with the growth of the sport – unless the goal is to win over fans of the KHL to the NHL – escapes me.  Few in the states will watch the games live and if they do, it will be the hard core fans who aren’t going to stray from the sport anytime soon.  I am hard pressed to think that some guy in De Moines is going to be channel surfing at 3 am and will stumble upon Slovakia vs. Slovenia and suddenly fall head over heels in love with the NHL and its product.

It makes as much sense as locking out the league for half a season all in the name of spite, and we all know how that turned out.  With this mindset in mind, the NHL has to make sure Sochi is the hill that their participation in the Olympics dies on.

What was wrong with the World Cup format in the first place?  It served as an excellent appetizer for the NHL regular season, getting fans hungry for the upcoming season by watching the world’s best face off against each other for national pride and glory.  And better yet, it took place in North America at a time of day that gave it the greatest exposure to its target audience.

Instead hockey fans in North America are essentially sent on hiatus, left to while away the hours until their game returns and their best players struggle to find the energy to make a run at Lord Stanley’s challis through the spring.  When the games do begin again it is the best teams in the league that will suffer the most, some having sent up to 10 players to the games in Sochi.  How that will effect their ability to play deep into June is anyone’s guess, but it most certainly will not be for the better.

So those who are excited to watch the Olympic hockey play out, good luck.  Make sure you set your alarm clock and brew up plenty of java for your cup.  I for one am planning on sleeping through the night and allowing my DVR to do the heavy lifting so I can watch the games at a decent hour while dodging sports talk radio and NBC highlights in the process.

As for the players participating in the Games, I hope they find the rickety beds in the player’s village comfortable enough to get some shut eye.  When they return, there will be no rest for the weary.