Taylor Swift: She Never Goes Out of Style 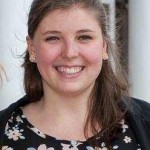 She Never Goes Out of Style
By Jenna Cavanaugh
BSD Correspondent

Taylor Swift’s 1989 World Tour has hit Gillette Stadium for two nights this weekend. You’ve heard about it on the radio, on TV, on the Internet. You’ve heard about it from co-workers who bought last minute tickets and from daily commuters prepared to get stuck in “Taylor Traffic” on their way home from work Friday. Hype encircles the tour, especially at a stadium as iconic as the Patriot’s Gillette that can sit 60,000 people for a concert. Swift will have performed to more than 100,000 by the time the weekend is done; the only thing that can induce further anticipation to a weekend event as big as this is two words: sold out.

I attended Swift’s first show Friday night as she kicked off her two-night Gillette concert stop. This is the second tour of Swift’s that I have been able to attend; the other was Red at Gillette in 2013. Concert attendants handed every ticketholder a light-up bracelet at the entrance that built up curiosity of what exactly Swift had in store for her fans tonight. Shawn Mendes, Vance Joy, and HAIM opened for the 1989 tour. Though each artist certainly differs from the others, the three acts were enjoyable as openers for a tour as huge as 1989. 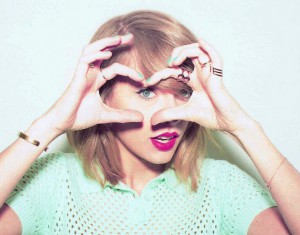 By 9:00, the crowd began to become shifty. After sitting through three acts, the filled-up stadium was ready to see the tall, thin blonde who has been making headlines with her first pop album. Shortly after 9:20, the stadium went dark, and fans screeched at the sign that Swift was about to take the stage.

She did not disappoint.

The bracelets that everyone received at the entrances lit up simultaneously to the songs’ rhythms with bursts of color. Gillette Stadium became part of a huge light show that added to the bright pop effect of the album. Swift’s outfits complimented the theme as well, ranging from tight sparkle suits to rhinestone tassel leotards. She welcomed and thanked the huge crowd; she reminisced on the “rain show” that occurred at Gillette years earlier when pouring rain did not stop her or her audience from enjoying the show. Her tour manager told her earlier Friday that there was a chance of rain, to which she replied, “They can handle it.”

In addition to album hits like “Welcome to New York,” “Blank Space,” and “Style,” Swift also brought back old favorites with a new pop-tour oriented twist. She played a rendition “Love Story” that held the same pop sound as 1989 but still held true to the original. Furthermore, “Enchanted” and “Wildest Dreams” became one blended song as she played from an onstage piano. This show did an excellent job of sticking to the 1989 roots while still paying homage to the country background in which Swift recently grew from. 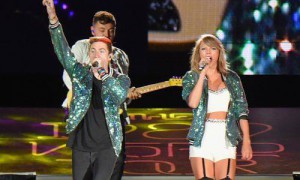 Part way through the show, Swift welcomed out her special guest of the evening, Walk the Moon. Their huge hit “Shut Up and Dance” filled the stadium as 60,000 fans jumped along to the beat. There was never a dull moment throughout 2+ hour show; even during costume and set changes, Swift’s closest celebrity friends appeared onscreen in videos with anecdotes about Swift and life advice. It kept the audience attentive while also allowing the dancers and singer a quick break. “Shake It Off” ended the show, and as the fireworks erupted from behind the stage, another epic night of 1989 came to a close.

The 1989 World Tour is an avenue in which Swift has demonstrated her growth as an artist. The entire theme reflected her pop genre with the light bracelets and bright colors, but her happy personality still shone through as strongly as ever. I would even argue that one could see her maturity. Past tours have been more of a story with scripted scenes to entertain the audience. This Swift still held excitement and an appreciation for the stage, but she seemed more down-to-earth and grown up than in years past. I am excited to hear how her second show goes tonight – this is far from the end of Swift’s touring days as the icon once again proved, “the haters gonna hate hate hate hate hate… Baby I’m just gonna shake shake shake shake shake shake it off! Shake it off!”

View all posts by: Jenna Cavanaugh