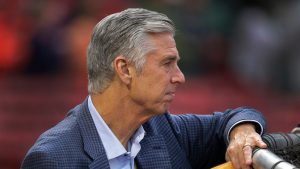 Smith, 28, returned from Tommy John surgery in 2017, allowing only one earned run over eight regular season outings with the Red Sox. He also made his postseason debut with two scoreless appearances against the Houston Astros in the American League Division Series. Smith missed the majority of the 2016 season, making just three major league appearances before undergoing surgery on May 24. In 90 major league outings since being selected by the Seattle Mariners in the eighth round of the 2011 June Draft, the right-hander is 3-5 with a 1.95 ERA (19 ER/87.2 IP), 14 saves, a 1.00 WHIP, and 11.40 strikeouts per nine innings pitched.