Red Sox should bite the bullet and deal Betts for Hamels 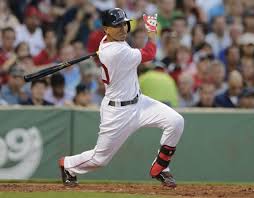 Ok, be honest, other than the seam-heads that fall asleep at night with their laptop tuned to Baseball Prospectus in one hand, and the old mitt you had as a kid on the other, who could have picked Mookie Betts out of a lineup this time last year entering spring training?  If you are really being honest, and I know that some of you might stretch the truth here, the answer is, not that many.

Yet, after 54 games and 189 at bats at the end of last season – when the Sox were playing for nothing, and the white-hot spotlight that is baseball in Boston was dimmed considerably – Betts has become the newest version of the can’t miss kid for the Sox, and is penciled in the minds of many as an elite lead-off hitter for the home town team.  It has reached the point that Red Sox Nation might just revolt if their newest, shiniest bauble was dealt out of town before his etched in stone stardom were to occur at the ballpark that overlooks the Back Bay.

Can we just tap the brakes here a little bit?  Let me put it to you this way, if I had said to you a year ago that you could have Cole Hamels, and all you would have to give up is Betts and a lesser prospect, you would have most likely recommended that I start watching NASCAR instead, and leave the baseball conversations to the people who actually know what they are talking about.

Don’t get me wrong, I think Betts is going to be a good player, and perhaps maybe even great.  But just a year ago Baseball America ranked Mookie as the 7th best Sox prospect behind Xander Bogaerts, Henry Owens, Jackie Bradley Jr., Allen Webster, Blake Swihart, and Garin Cecchini respectively.  The 2014 season saw Bogaerts – the can’t miss kid entering spring training last year – play like rookie that was lost for long stretches, while JBJ’s struggles at the plate have many thinking he will never be more than a 4th outfielder and a defensive replacement late in games, and Allen Webster was dealt to the Arizona Diamondbacks in the offseason.

Oh, and did I mention that noted stat projection pundit Bill James had Will Middlebrooks – yes, that Will Middlebrooks – projected to hit 32 home runs, drive in 104 of his teammates, and have an OPS (on base plus slugging) of  .800 for the ’14 campaign.  And while Middlebrooks might have got the girl, he didn’t find his game, and he will be in camp with the San Diego Padres trying to resurrect his career in a couple weeks.

My point is this, as great as Betts was in his limited time in the big leagues last year, nothing is guaranteed.  The game is hard, the season is long, and if you have a hole in your swing, big league pitchers will find it.  Just ask, Bogaerts, Bradley, and Middlebrooks.

Sure the Sox would have to swallow hard, and maybe battle a little indigestion, in making the deal with the Philadelphia Phillies that would bring Hamels here for a package including Betts.  But the fact of the matter is that the Sox brass has brought this situation on themselves, let there be no doubt about that. 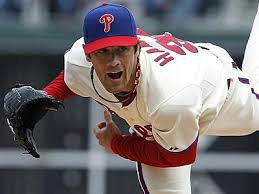 Whether it was – as many believe it to be – Larry Lucchino, or Ben Cherington that low-balled Jon Lester last spring – at a time when he told anyone that would listen he would sign a team friendly extension before the season started – they got greedy, and now they have to pay the price.

Quite frankly, it is unfathomable that a big market team like the Red Sox would consider entering the season searching for a leader of their starting staff, and for manager John Farrell would be forced to choose from the likes of Clay Buchholz, Rick Porcello, Joe Kelly, Wade Miley, and Justin Masterson to be the lead dog.  Let’s face it, that just bites (pun intended).

Too much money has been spent on free agents – $183 million on Hanley Ramirez and Pablo Sandoval alone – and too much goodwill has been wasted from a fan base that has seen 3 out of the last 4 years end in disaster, not to pull the trigger on a deal that could bring Hamels to Boston for the next 4 seasons.

Everyone knew that there would be a price to pay by the team for the disaster that was the Lester negotiations.  It turns out, that price may just be Mookie Betts.