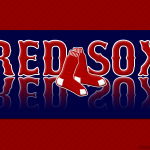 NATHAN’S FAMOUS: Nathan Eovaldi will start Game 3 for the Red Sox in what will be his MLB postseason debut…Every other pitcher on the Sox’ active postseason roster has appeared in at least 1 playoff game in their career. 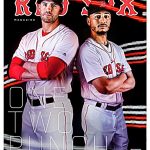 SOX & TIES: The Red Sox and Yankees are tied in the ALDS with 1 win apiece…In the Sox’ previous 14 postseason series in which they were tied, 1-1, they went on to win 8 of those series and lose 6 of them.