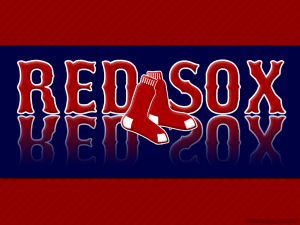 ONE BOSTON DAY: A special pre-game ceremony will take place tonight to recognize the three-year anniversary of the Boston Marathon bombings…Today, cities and towns across Massachusetts will honor those affected by the tragic events with a moment of silence at 2:49 p.m.

JACKIE ROBINSON DAY: Today is MLB’s 13th annual Jackie Robinson Day on the 69th anniversary of his 1st ML game at Ebbets Field on 4/15/47 for the Brooklyn Dodgers…For an 8th consecutive year, all players and on-field personnel across MLB will wear No. 42 jerseys, which will be auctioned off to benefit the Red Sox Foundation…Jackie Robinson Scholars will also be featured as part of the pre-game ceremonies.

GETTING DEFENSIVE: Red Sox outfielders have recorded an assist in each of the club’s last 3 games: LF Brock Holt on Monday, CF Jackie Bradley Jr. on Tuesday, and RF Mookie Betts on Wednesday…Boston’s 3 OF assists on the season rank T-1st in the AL (with SEA and KC) and T-3rd in the majors.

BATTERS UP: The Red Sox rank 2nd in the AL with 5.5 runs scored per game, scoring at least 5 runs 6 times this season…Boston’s offense has reached double digits in hits an MLB-leading 6 times in only 8 games.