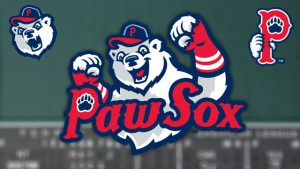 The Boston Red Sox today will promote heralded prospect Rafael Devers to Pawtucket from Double-A Portland. Devers, 20, will join the PawSox tonight in Syracuse when the Sox take on the Syracuse Chiefs at 7:05 pm.

The PawSox return to McCoy Stadium to begin a 7-game homestand this Monday night when they play the Toledo Mud Hens at 7:05 pm. Pawtucket will host Toledo for 3-games (Monday & Tuesday at 7:05 pm and Wednesday at 11:05 am) and then play a 4-game series at home vs. the Norfolk Tides with games on Thursday & Friday at 7:05 pm, Saturday at 6:15 pm, and Sunday at 1:35 pm. Good seats remain for all games and are available in person at the McCoy Box Office and at pawsox.com.