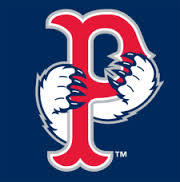 This Series and Homestand – This 7-game homestand features these four games vs. the Mud Hens continuing tonight & tomorrow night at 7:05 pm and then Thursday at 11:05 am in the series finale. That will be followed by a 3-game weekend series vs. the Louisville Bats…Friday at 7:05 pm on Free Brady Friday, Saturday at 6:05 pm on Star Wars Night with post-game fireworks, and Sunday at 1:05 pm with a post-game pre-Father’s Day catch with Field of Dreams star Dwier Brown.