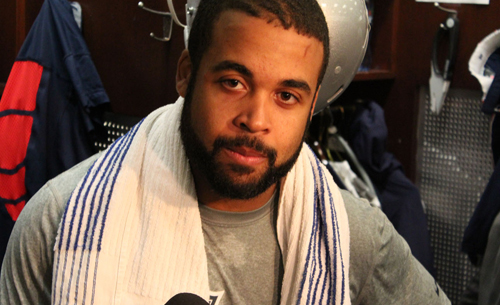 FOXBOROUGH, Mass. – The New England Patriots announced that they have released TE D.J. Williams. Williams was signed by the Patriots on Nov. 27 and saw limited action in the win last Sunday at Houston.

Williams, 25, played in seven games with one start for Jacksonville this season before being released by the Jaguars on Nov. 4. The 6-foot-2, 245-pounder originally entered the NFL as a fifth-round draft pick (101st overall) by Green Bay out of Arkansas in 2011. Williams was waived by Green Bay on Aug. 31, 2013, and claimed off waivers and awarded to Jacksonville on Sept. 1, 2013. He has played in 34 NFL games with three starts and has nine receptions for 70 yards.