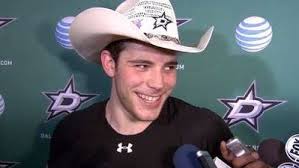 During his press conference prior to the second round playoff match up with the Montreal Canadiens yesterday, Bruins general manager Peter Chiarelli was asked about trading Tyler Seguin and the criticism surrounding it.

While he expressed his feeling that any deal will have its critics, Chiarelli once again explained what went into his decision saying, “Building a team – you heard me earlier about building a team that wins. You have to make decisions on guys. There are cap decisions, there are personality decisions, there’s where that player will play, all those things come in to effect.”

Tyler Seguin’s first year numbers with the Dallas Stars were what many who follow the game expected from the budding superstar when he entered the league as the 2nd pick overall in 2010.  He ranked 5th in the NHL with 37 goals and 4th in the league with 84 points.  His production helped lead his new club to their first playoff appearance since 2008.

The self-centered superstar once again saw his game get smaller when the stage got bigger, posting a pedestrian 1 goal and 2 assists as his team got their ticket punched in the first round by the Anaheim Ducks with an excruciating game 6 loss that saw them blow a 2 goal lead with a little over 2 minutes remaining on the clock.

Don’t get me wrong, the stylish swingman will pile up points for years to come in his new home, but I am not sure he will ever take his game to the level he will need to when everything is on the line in the playoffs and carry his team to a championship.

In other words methinks he is another Joe Thornton minus the jumbo, but with speed and the same stats first mentality.

It is well known in these parts that during his final days with the Bruins last spring – who were in the midst of a drive to the Stanley Cup Finals for the second time in three years – Red Solo Cup Seguin needed to have a guard posted at his hotel room door in his native Toronto so he didn’t come to the rink the next morning with a blood alcohol level above the legal limit.

In a dressing room that prides itself on professionalism, his immature behavior was not looked upon fondly.  There are even rumors of him arriving at the rink the next day in the same set of clothes that he left in the night before during their playoff run.

Bruins fans should rejoice in the fact that management was willing to part with the often tipsy but talented star in order to chase another championship in the short term.  It is a mentality that was missing from the club since the late ‘70’s.  Not surprisingly, so were Stanley Cup championships.

For far too long during the ‘80’s, ‘90’s and the early 2000’s Harry Sinden and Jeremy Jacobs were far too willing to let good teams die on the vine rather than add pieces to Cup contenders that would optimize the chances to win a championship.  For them it was a cash and carry business, they got the cash and the fans got to carry the disappointment year after year.

It took the most loyal fan base in sports to turn its back on the team – and in doing show shut down the seemingly endless ATM for the man in Buffalo – in order to get ownership to commit to leadership in the front office in the form of vice president Cam Neely and general manager Peter Chiarelli whose focus is where it should be, on winning.

If the saucy Seguin had shown the drive and commitment it takes to lift the Cup above his head instead of one to his mouth last spring, the Bruins might just be entering the series that seemingly never will start against the Canadiens as defending Stanley Cup champions and he would still be wearing the spoked B.

Instead, when the Bruins brain staff met to evaluate the team after the disappointing loss to the Chicago Blackhawks in the Finals – a meeting that was made famous in the first episode of “Behind the B” on NESN this fall – they came to the conclusion that their best chance to win a championship this year was to deal the sophomoric center for pieces that would better fit their Cup driven puzzle.

The Bruins are a quarter of the way to their ultimate prize, they had the best record in hockey this season and they are favorites to win the Stanley Cup this year.  Tyler Seguin’s summer has already begun and he most assuredly is off partying somewhere, draining his red solo cup on a nightly basis.

You decide who the winner is.