The moment the screaming guitar riff hit my speaker, my interest was piqued. I was listening to Spotify in the background casually last week, and I don’t usually keep track of who I’m listening to. That is, unless the music grabs me like the opening lick of  “Candy” did. 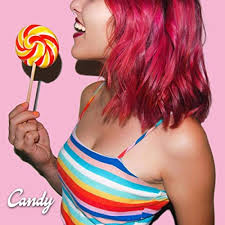 The colorful album art for the single was equally enthralling – so I instantly knew I had to learn more. And then when the key modulation happened at the last chorus, I was sold – hook, line, and sinker. This was a band I could feel had potential to be one of my all-time favorites. 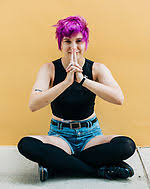 And imagine my surprise when I noticed that one of the guitarists was none other than the infamous Leah Sly – the very same badass shredder who I had the pleasure of seeing live on tour in Boston, MA with American Idol alum Dalton Rapattoni back in 2016. Alongside vocalist extraordinaire Devin Papadol, guitarist Brodie Higgs, bassist Taylor Fischer, and drummer Gio Hernandez, Leah is an unforgettable musician that I was lucky enough to have been able to say I’ve seen play live. And I have a strong feeling that I’ll be hopefully seeing the entire band soon and getting better acquainted with all of them.

The style of Forever Emerald is very much like a few of my other favorite bands – like Paramore, Tonight Alive, and Stand Atlantic. I particularly love how their about page mentions their emphasis on “discussing the problems faced transitioning into adulthood, first loves, to self-doubt” – those are such prevalent issues that I just haven’t noticed a lot of musicians writing about. They describe themselves as pop rock, but their sound is largely influenced by sub-genres like pop-punk, alternative rock – and they even dabble a bit in the realm of the post-hardcore. 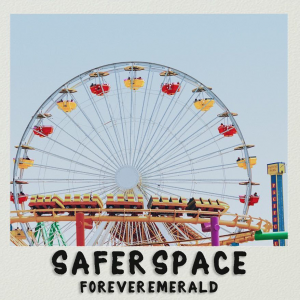 The first track on the EP is “Candy”, which is the song that initially made me an instant fan. It’s electric, catchy, and musically interesting with that key modulation at the end that made me literally drop my jaw. Listen to it on Youtube here, you won’t be disappointed: https://youtu.be/hpclvlOQP0I My favorite lyrics are easily “synthetic sweet you rot my teeth / well that’s fine and dandy / You’re only good for a week / you’re like candy” – epic burn, am I right? 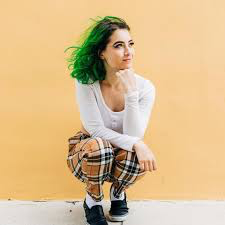 The next track is the angsty but real “So Sure”, which opens with the lyrics “I’ve got a target on my back / you put it there when I wasn’t looking”. It addresses the difficult power struggles within a relationship, and it rhythmically satisfies the emotional ordeal that such a narrative involves. The lead guitar mimics the vocals beautifully in a harmonic fashion, and feels as raw and real as everything is for young adults growing up in the world today. The driving drumbeat darkens the track at the bridge with dramatic pinch harmonics layered against the soundscape which sounds a lot more metal than pop rock, but that just shows the versatility of the band as a whole.

“Safer Space” is the halfway point of the EP, which makes sense since it’s the titular track, after all. “Feeling content comes in waves / I slipped and got caught on what you tried to say” are just some of the extremely clever and relatable lyrics penned by this band. Slick guitar riffs fill the space in between lyrics in a call-and-response fashion. This band acknowledges life and the angsty struggles that come along with it, but instead of freezing up in the face of those struggles, they scream in its face. I absolutely love what they’re doing and think their lyrical skill is only paralleled by their intuitive musical artistry.

Toward the end of the EP is their song “Blame Game”, which starts off slow and dramatic, with haunting vocals that sound ghastly and foreboding. The intro sounds a bit like “Zombie” by the Cranberries – and similarly, this song is sonically chilling. “Scared of your own shadow / you’ll talk to anyone who listens” are some clever lyrics that hit hard right before good dose of clean and crisp major scale shredding. Then the chorus hits with “You’re too hot-tempered / You’re sick, get better” – a slap to the face for anyone who needs to be called out on their own crap. I love how this song is dynamically different than the rest of the pop-punk infused EP – and that guitar solo is on a whole other level, in my opinion. Just listen, like now. 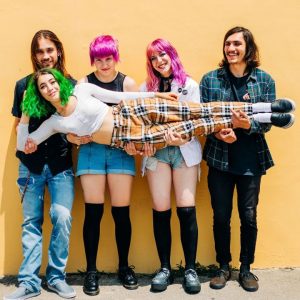 “Arts & Crafts” is the closing track, and it mixes the energy of the first half of the album, but pulls in the chilling haunt of “Blame Game”. It’s refreshing to see how the components of this EP ebb and flow together seamlessly. The stand-out elements of this song have to be the painfully honest chorus with a striking guitar riff flowing throughout it, layered against gorgeous vocal harmonies. The intricacy of this band blows my mind – everything is so intelligently orchestrated and written. And the lyrics are insanely clever: “My heart in your hands, sequins on your shirt / but no safety scissors, I think this is gonna hurt.” No one said growing up was going to be easy, and Forever Emerald takes this harsh truth to the recording studio and the stage. 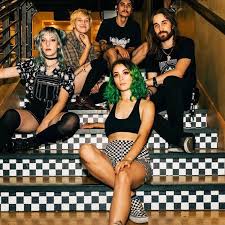 I can’t imagine how hard it is to openly admit what everyone else is feeling, but probably afraid to talk about. As a fellow young adult person recently graduated from college and not sure what the heck I’m doing with my life, I take such comfort in this music and have no doubt that they’re only going to get bigger and better as the years go on.

Follow the band @foreveremeraldband on social media! And listen to them on Spotify here: https://open.spotify.com/artist/4gE246HHkUAkE94L2rYATY?si=aVg1aQm3TsKlVp9YjGHv-Q

(Images of the band members displayed here courtesy of the band’s website foreveremeraldband.com)