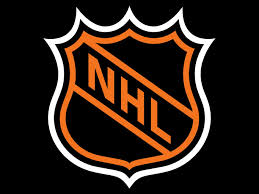 On the first minute and the last minute basically deciding the game…
Well the first two goals were the first shift of both periods and then obviously we didn’t execute there at the end. I thought we battled hard and gave ourselves a chance, I thought the goaltender was real good, I thought we had it on a string a few times on the power play and hit the post and had great chances and didn’t score on it. Krug makes a good save on Parenteau [Pierre Parenteau] at the end there. Bottom line though is that you are leaving disappointed and we are a team that needs to win to feel good and you know we didn’t get it done.

On the power play struggling over the last 10 or so games… Well I didn’t think it struggled tonight. I don’t think they would think it struggled tonight either, I thought we had it going pretty good. The last couple we didn’t have as good but I really thought we had her moving big time but you got to score. It’s great to move it around and get quality chances but you got to find a way to fire the odd one in the net.
On what it is about playing Boston in the Garden that makes it difficult… Well I don’t know if there is anything, I don’t see it that way at all. We have played Boston three times this year, I thought the first game that we played them they took it to us, I think things have been more even since, they had better chances than we did tonight but we were still right there in the game and you know I thought we played really well, well I know that we played really well in our building and they beat us in a shootout I think if I’m not mistaken but you know we had tons of chances that night. The bottom line is like anybody else that we got to find a way to win more games.

On the play of Shawn Matthias… We just hope that he keeps progressing with his confidence, he’s a big guy, he can skate and protect the puck and obviously the more he has it the better off we are at. I think that playing with [Tyler] Bozak and [Pierre] Parenteau he is getting the puck more and feeling better about himself.