Matt Patricia meets with the media 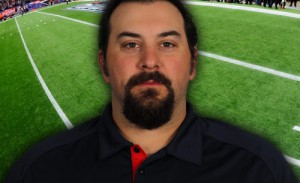