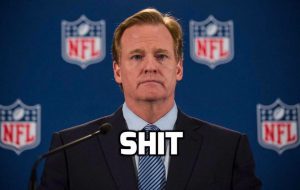 Q: How important is tackling to your game?
LR: Tackling is a huge part of my game. I feel like, first of all, they made it clear when they drafted me here that if you don’t tackle at corner, you’re not going to play. It’s not one of those schemes where we have guys who just cover and don’t support in the run. So, that was made clear to me as a rookie, and I feel like that was part of why they took me in the draft, for tackling. I feel like the harder I’m playing, the better I’m tackling and the better I probably cover. So, being in the inside a little more, I’m closer to the run, so I’m able to throw my hat on there and [I’m] not always picked up in the scheme, the offense doesn’t always account for me. So, it’s good if I’m able to get some tackles and help the other guys out. 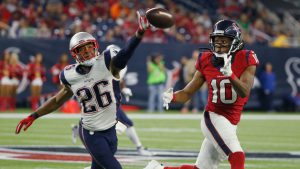 Q: Can you touch on the talent that you’re facing on the other side of the ball this weekend?
LR: Yes, there’s a tremendous amount of talent. Probably one of the most talented teams in the NFL, especially offensively. We’re all well aware of the guys that they have at their position, and they have a great quarterback leading the way, so it should be a great test for us. This is why you play the game. These are the games you want to be in, against the talent that you want to see. To move on at this level, this is what you want to see, and this is the best of the best, so we’re excited for it.
Q: What is the particular disadvantage, if any, having not seen a quarterback like the caliber of Ben Roethlisberger in the first 17 or 18 weeks of the season?
LR: We play who is on our schedule. I don’t really control that, and I see a good quarterback every day in No. 12. So, at the end of the day, I see a pretty good one daily. So, I think that’s an advantage.
Q: Different guys have different stories in the locker room about playing with a chip on their shoulder. Do you have a chip on your shoulder, or something that motivates you every day to prove somebody wrong or prove something to yourself?
LR: Yes, I think everyone does. I feel like you have to to play defensive back, to play at this level. You’re not just going to go out there and just think, ‘Just because No. 26 is on the field, I don’t have to bring my “A” game.’ So, yeah, that motivates me. The birth of my daughter last year, trying to feed my family, trying to maintain my job – I’ve been on this team for four years and I’ve seen the roster turnover. I see how hard it is to play at this level consistently, and to play at a high level. I see what Tom Brady and Devin McCourty what those guys do, and they have to bring their game every day in practice, bring it every Sunday, and they have to bring it in the biggest games of the year. That’s what it takes, and just like you guys, I’m a professional and I want to be the best in my job and do a good job and support my family. So, that’s just enough motivation right there to do everything it takes to have good performances.
Q: Would you say you had a good week of practice? You could say there was some rust against Houston.
LR: Practice was good. Practice is the time to make mistakes and you clean it up. At the end of the day you see how it goes on Sunday. Practice is a time to go out there and have fun, work on what you need to work on, work on your weaknesses. Practice isn’t always going to be perfect, but that’s why it’s practice.
Q: Earlier today, Bill Belichick said your unit has good chemistry and that you play with passion. Does he ever share that with you?
LR: I don’t know. You have to have passion to play. Bill is going to put players who want to be out there. I think we want to be out there. I think we’re playing for each other. I think that wasn’t always there in a sense. I think it had to be built through time, through adversity. I think there are a lot of guys who know what’s at stake and we’re willing to risk it all. I know when I’m out there I’m willing to get my head in on every tackle, cover whoever they ask me to cover, and do whatever is called to try and help the team win. I know if I can do my job, we’re one step closer getting to where we need to go.