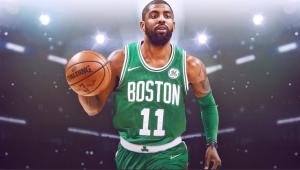 How would you describe what happened out there today?
“First of all, I thought we came out, we were ready, we were playing with great pace. I thought our first unit played really well, right out of the gate, and then I thought that they did a great job of getting some aggressive plays. Pushing some of our catches out. Turning us over a few times at the end of the first half, lead to some baskets. Kind of changed the complexion of the game. From there I think they just dominated the game. I mean, I don’t think there was any one area. I thought it was pretty much they dominated the game.”

How different is Cleveland to play now, with the trade deadline changes to the roster?
“They’ve had good players the whole time. They’ve obviously got a great player that is helping to, has the ball a lot, you’ve got to account for in all the different situations they put him in, and then he’s surrounded by shooters. Those guys can all score the ball. The 2 guys rolling to the rim really hurt us tonight as well. We didn’t defend it our normal way. We came out playing really well offensively. Credit them. They played really well.”

Kyrie Irving
What is your assessment of what went on today?
“I can echo off coach. Just by them playing extremely well tonight. I mean you’ve got to give credit when credit is due. We’re very spirited. High energy. I think as coach said we came out with a very aggressive mind set, then they made a few things difficult. Put us in some positions ourselves, where you can see that they’ve made adjustments. I feel like over these last 3 games they’ve made some adjustment since the last time we played them, on our pick and rolls, on some of our plays. As we go forward I think that we can consistently learn from not only a game like tonight but the last few games with playing the high intense teams of the Eastern Conference, where we’ve been tested. I have a lot to learn. I think that we as a team do as well. It’s just great when you’ve got a chance to go through this as a young group and including before the All-Star break where it’s going to test a lot of us, and I’m looking forward to how we respond.”

Brad Stevens
In the last 4 games you’ve been down 25 or more, have you seen a constant thread as to why?
“I’d say the constant is we’ve been out played pretty thoroughly in segments of each of those games, and like Kyrie said, teams have been very aggressive against us. They’ve been very physical against us and have played really well, and we haven’t played as well. Obviously against teams like this, against players like this, things don’t go your way, that happens. You’ve got to, you know, you’re going to get a result like that.”

Are you concerned about the element of fighting back?
“Hard to say that cause the other day we’re down 26 and we came back and took the lead with 3 minutes to go. I would say that today, when we got hit, we got tight offensively, we missed some shots. Now, all of a sudden, they are on a run and we didn’t really have it to come back. And I didn’t put a couple of these guys back in. So, I think that’s part of it too. But at the end of the day, I don’t question the fight of this group, at all. I have no doubt that this group will respond when hit in the mouth, generally.”

Brad Stevens
Defensively, today?
“Yeah we stunk. But they were really good. They had a lot to do with that.”

Kyrie Irving
How important is it for the young guys to learn and go forward from this?
“It’s vital. Every day is an opportunity to progress. Sometimes you’re going to get hit back. Like I said, I’m just interested to see how we respond. It takes first individually, going back and doing the things we need to do to learn, and then as a group we all come back together. So, we’re still consistently learning and evolving, and going against great teams like this that hopefully we’ll see down the line. It’s great to have things like this. I’m not saying that the loss is necessarily great, it’s just the experience itself, because they’re high level teams and you have to give credit when credit is due. You know we’re playing against unbelievable players that have come in, and made shots, and made it tough for us defensively, and we’ve just got to learn from it.”

Brad Stevens
How do you maintain your spacing now that you are bringing another big man into your rotation?
“I think that’s a good question. We need to keep four shooters on the floor as much as possible.”

What are your thoughts on Paul Pierce being honored?
Kyrie Irving
“I’m excited for him, for his family as well. You know to be a part of a great lineage of great players that have come before him and now his legacy will last forever. Now it’s in the rafters forever and that’s something that, as a kid you dream of, other than winning a championship, and he’s got a championship and a finals MVP, so a lot of his goals, I feel he’s attained. But one thing you give credit to Boston is that, man, they praise the legends. Tonight’s his night. I’m nothing but happy for him.”

Brad Stevens
“I would echo that. It should be about him. I wish we could have made it a more interesting game late for everybody in the building, but you can tell how special he is and how special his contributions to this place are. To see everybody back. Weather it’s his former teammates, his coaches, some of the other people who’s numbers hang in the rafters, it’s why it’s special here. It’s why it’s different here. It’s why you know it’s a privilege and there is a great deal of responsibility here. Again, I don’t think we played well, but I do recognize that.”