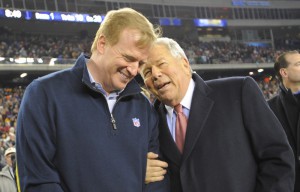 A spokesman for Goodell has informed Kraft that ESPN staffers have been doing some severe ball washing on The Commish that he is unable to speak at that moment !