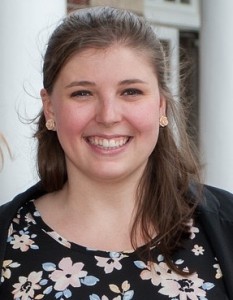 ​If there is a summer tour that is a complete 180° from Michael Franti & Spearhead, it is Juicy J: The Hustle Continues.

A constant, thick haze of weed hung in the air amidst alcohol-filled fans screaming along to the songs. “All I need is one more drank, two more blunts, three more bitches.” Drugs, sex, but sure as hell not rock n’ roll. The rapper Juicy J has collaborated with some of the biggest rappers in the business, Nicki Minaj, Big Sean, Wiz Khalifa, Katy Perry, in addition to his solo songs, to produce some music familiar to many of us. 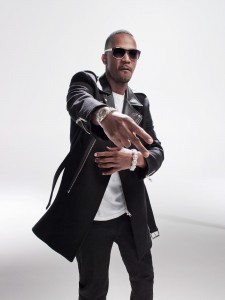 As he finally took the stage at a more-than-fashionably-late 9:45, Juicy J commanded a rowdy crowd, sunglasses on, with the attitude of a seasoned artist. His throne (no, actually, a legitimate throne chair fit for a king) lit up different colors along with the letters THC: The Hustle Continues.
​Before the show, I didn’t give much thought to the tour title. I ignorantly assumed it was a typical gangster way of saying “carry on.”

By the end of the night, Juicy J’s deeper meaning to the THC theme could not be ignored. During one of his song introductions in the beginning of the night, Juicy J informed the House of Blues Boston crowd of a major struggle coming into the tour. On his left ankle, he adorned a huge, black brace from ankle surgery in May. He even came onto stage with a rolling knee walker earlier in his tour. Hence the need for the throne chair; Juicy J couldn’t stand for the entire concert. The details of the injury are unknown. However, Juicy J informed the crowd that the recovery hasn’t been easy. “My doctor said I shouldn’t go on tour,” he admitted, “And you know what I said? FUCK THAT! THE HUSTLE CONTINUES!” Cue ballistic cheering.

His sedentary stance for the majority of the night did not take away from a small venue like the House of Blues.
​Throughout the concert, he asked the crowd to hold up one finger for “All I Need” and to put any lighters in the air as the venue lights dimmed. Dollar bills rained from the sky. A fight broke out to the front left of the stage; immediately, Juicy J told the kid to smoke more weed, settle, and then asked the audience, “Why would a guy be fighting another guy with all these beautiful ladies in the house?” Wit is an extremely prevalent and valuable asset that rappers are not given enough credit for. Whether or not the lyrics are dirty, swear-filled, or misogynistic, all understandable reasons for disliking rap music, they are also carefully crafted and extraordinarily witty if you pay close enough attention.

​Juicy J performed “Workin’ Hard” last night; in the verse, he raps, “I might trip yo girlfriend, bet she fall on the dick.” Graphic? Yes. Rude? Yep. Witty? 100%. Not buying my argument yet? Here’s an example from the same song on a subject other than sex: “There’s big money talking… quiet down and listen, my bad I keep forgetting, you too broke to pay attention.” Without even realizing, these musicians can w(rap) you into a diss so fast, you can’t escape. Drake, another famous rapper, sings in “Energy,” “‘bout to call your ass an Uber, I got somewhere to be.”

They even include social and cultural references within the songs that further enhance the cleverness. I believe the intelligence of rap artists, and other artists, as well, is neglected rather than appreciated because the fluttering dollar bills, blunt smoke, and womanizing words distract a straight-edged listener.

Even from mostly a chair and sometimes only a stool, Juicy J could perform a fun concert interacting with fans; this includes taking iPhones and Snapchatting near the end of the night. Rap may or may not be your taste in music, but you cannot deny their THC mentality. A musician who isn’t dedicated to shows and fans? As Juicy J simply put it, “Fuck that.”