Jerry Remy will not return to NESN this season 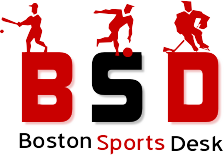 According to WBZ-TV’s Dan Roche, Red Sox legend and NESN broadcaster Jerry Remy will not be returning to the booth this season.

The RemDawg will be starting his chemotherapy treatments on August 22nd. It goes without saying that everyone in The Nation is pulling for Jerry to conquer this new battle with lung cancer—and return to his role as color commentator for the Red Sox during Spring Training 2018.

We can’t wait to hear his next intonation of “Buenos dias amigos!”.