If money is no issue for Moncada, why was it for Lester? 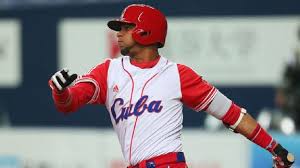 Earlier this morning it was reported that the Red Sox came to an agreement with the agents for the highly touted Cuban free agent Yoan Moncada, netting the 19 year old with the help of $31.5 million in the form of a signing bonus, and keeping him away from the New York Yankees. I’m guessing the amount of bricks sold and paid memberships to Red Sox Nation is up this year, as general manager Ben Cherington has seemingly changed his middle name to “Spendthrift”, and the Sox are giving out contracts and signing bonus’ to everyone not named Jon Lester.

The outlay of cash – which because the Sox exceeded the bonus pool allotted by MLB to sign international players, they have to pay a 100% penalty on the money they are about to give Moncada – will actually be over $60 million not counting his salary, which will be like any other player currently in the Sox minor league system.

That’s a pretty big chunk of change for a guy whose final position has yet to be determined due to the players – Dustin Pedroia (signed through 2021) and Pablo Sandoval (signed through ’19, with a club option for ’20) – that currently block his path based on what scouts say about his ability as an infielder, and that they project him as either a second or third baseman when he gets to the Bigs.

When you add the $60 million or so they just spent on Moncada with the $72 they gave Rusney Castillo last summer, and the $183 million they spent to get Pablo Sandoval and Hanley Ramirez earlier this winter, you come up with the unmistakable fact that the Sox are brimming with cash and eager to spend it.

You also can’t help but come to the conclusion that they really didn’t like Lester. 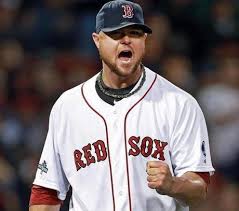 By now the story is old hat, but the fact remains that they did not sign the last true ace the team had this time last year for a reason.  They had the opportunity; Lester talked openly at the Boston Baseball Writers dinner last January about taking less to sign an extension with the Red Sox before becoming a free agent last fall.  They had the means; reference the spending spree listed above.

What they failed to have is the motive, and for the life of me I can’t understand why.

Despite what they say publicly, and despite the fact that they wooed him in free agency – which I always thought was a charade put on to pacify a rabid fan base – there was an almost transparency to their distaste for paying for a player they had used their first pick as an ownership group to select, and who had only months before pitched them to one of the most improbable World Series Championships in recent memory.

It is a real head-scratcher because Lester had such a seemingly pristine history with the club.  In 2007 he battled back from cancer to start the Series clinching game in Colorado.  A year later when he threw a no-hitter against Kansas City Royals at Fenway Park, it seemed as if he had cemented himself as the future leader of the pitching staff for years to come.

And while his involvement in the famous “chicken and beer” fiasco in ’11 tarnished to what to that point was a pretty sterling record – as long as you don’t count his pouting on the mound when he felt he was getting squeezed by the home plate umpire – his performance down the stretch and throughout the playoffs in 2013 was such that any doubts about him being able to carry a pitching staff, should have been put to rest.

They obviously were not.

Their spending actions on players over the past 6 months speaks for itself.  The Red Sox are obviously not afraid to commit big money to players over 30, hello 31 year old Hanley Ramirez and his 4 year deal.  They are not afraid of risk, each of the big dollar deals for the Cuban players they have signed have that, not to mention the money they laid out for Pablo Sandoval, who looks like he spent the offseason gorging himself at his local Ruth’s Chris when he arrived at the Fort late last week.

In retrospect is seems that there was something about Jon Lester that the Red Sox disliked so much, they apparently were willing to let him walk no matter what.  It is why they dealt him to the Oakland A’s at the trading deadline last summer, and it is why they did not sign him as a free agent this offseason.

What that reason is we may never know.  Just know this; it wasn’t because of the money.  The Red Sox have plenty of that, just ask the newest of the millionaires that now call Boston home, 19 year old Yoan Moncada.