We’re Onto Ohio – The Pawtucket Red Sox make their annual roadtrip to the great State of Ohio to take on Toledo and Columbus this week, but this trip will be a little shorter than normal. For the past many years, this trip to Ohio has been 8 games in length as the PawSox have played 4-game series in both Toledo and Columbus. However, in the newly formatted International League schedule for 2015, many series between non-divisional opponents have been reduced to 3-games. Such is the case this week as the PawSox begin a 3-game series tonight at 6:30 pm at Fifth Third Field in Toledo that will be followed by a 3-game set in Columbus over the weekend. 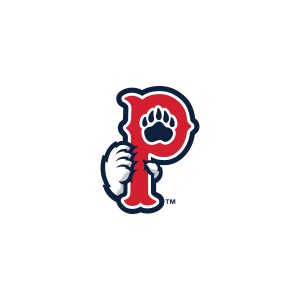 This Trip – The PawSox play the Mud Hens tonight and tomorrow night at 6:30 pm and then a Thursday morning affair at 10:30 am to conclude the series. It is the first of two morning games the PawSox have on their schedule – the other coming on Wednesday, May 20 in Indianapolis at 11:05 am. This is Pawtucket’s third roadtrip of the season and it will continue with a 3-game weekend set in Columbus against the Clippers on Friday & Saturday evenings at 7:15 pm and the series and roadtrip finale on Sunday at 1:05 pm.

The Road Home – Pawtucket will return to McCoy Stadium for another 7-game homestand that will again (for the second of five times in a row) begin on a Monday night and end on a Sunday afternoon. The upcoming homestand will begin on Monday vs. Indianapolis at 7:05 pm as the Sox host the Indians for 3-games and then Columbus for a 4-game series from May 14-17.

Back to the Grind – The PawSox enjoyed their first scheduled off-day of the season yesterday after playing 25 games in 25 days since opening the season on April 9. Pawtucket is now slated to play the next 23 days in a row until their only other off date this month on May 28.

Unlucky 13 – The PawSox are 6-7 in their last 13 games following their season-high 5-game winning streak that had them peaking at 9-3 on April 21 (between games of a doubleheader). The Sox have not won or lost more than 2 in a row during this 13-game stretch from April through May 3.

Four Score – Pawtucket did go 4-3 on their recent 7-game homestand despite scoring just a total of 17 runs in those 7 games (2.4 runs per game). In fact, the PawSox have not scored more than 4 runs in any of their last 10 games since April 25 (going 5-5 in those).