It’s not easy being Tom Brady !

In a span of less than 12 hours, New England Patriot’s quarterback Tom Brady got shit on by two low-life scumbags who had nothing better to do than prove to the world just how f’ing stupid they really are. 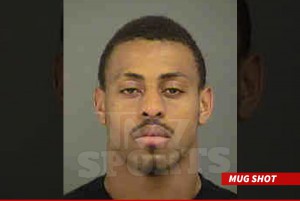 Part I: Dallas Cowboy’s defensive end Greg Hardy opened his mouth and left no doubt that he just doesn’t get it. After participating in his first regular season team practice today following a 4-game suspension for domestic violence against his girlfriend last year, Hardy spoke to reporters about his teams’ game this week against New England. The press conference quickly went off the rails for Hardy when he started in on Brady and his wife Gisele Bundchen and Bundchen’s sister.

Great comments coming from low-life with a history of domestic violence, don’t you think ?

During Brady’s press conference with the media, he took a pass when asked if he had any comments regarding Hardy’s inappropriate comments.

“No, I’m just getting ready to play, man,” Brady said. “I gotta focus on my job. He’s (Hardy) a great player. It takes a lot of different things to handle a guy like that, but he’s been a great player since he’s been in the league so we gotta prepare for him, and be ready for all the different types of moves that he’s got. They got a good line anyway. They count on getting pressure from their front four, getting to the quarterback. I don’t really care about his personal feelings.”

With that comment, Brady cut his media session short and headed back to the locker room after five minutes speaking to reporters.

I think we all have an idea of what Brady was really thinking when asked about Hardy’s comments but he chose to take the high road. Guessing Hardy’s teammates can’t be real excited about his ill-timed and inexcusable comments. With the “Revenge Tour 2015” in full swing, adding more bulletin board material for New England can’t be a good thing for the Cowboys.

NFL Commissioner Roger The Clown Goodell pulled his head out of his ass long enough this afternoon to comment on Hardy’s bizarre statement about Brady’s wife and sister in law.

“I’m not aware of the comments, so I can’t respond to the comments because I haven’t seen it. But we have high standards in the NFL, and we expect people to follow them, .” said Goodell. I’d expect nothing less from the $44M dollar a year stooge.

Part II: Goodell didn’t know anything about Hardy’s reflections but he did have some thoughts about Brady and deflategate.

With more litigation in the court system coming in February, Goodell couldn’t help himself when given a chance to take a shot at Brady. A “no comment” would have been appropriate but the diarrhea came flowing out of his mouth.

“Our rules and the integrity of our game aren’t because someone’s popular or somebody’s a Super Bowl champ or not. They’re to be applied evenly. Our teams expect that, and that’s our job. That’s our responsibility. That’s my job. And so, no I don’t regret that. And we will continue to uphold the integrity of the game and we’ll do that as vehemently as we can.”
“I think the most important thing we’re trying to ascertain is that the balls in play are within the regulations that were established,” he said. “That’s the core of the issue, is protecting the integrity of the game and making sure that the game is played within the rules. We’re a game of rules, and the rules need to be followed by everyone. The number one objective there is to make sure that those rules are being followed.”

Goodell certainly likes using the word “integrity” but I’m not sure he understands the meaning. After Judge Berman told the world that Goodell and the NFL had no integrity when its comes to its process’s and ethics, Goodell still continues