When Red Sox left fielder Andrew Benintendi tracked down the hard-hit ball off of the bat of the Astros outfielder Tony Kemp to closeout the American League Championship Series for the Sox late Thursday night, I – like the rest of baseball fans in New England – celebrated as if I was on the roster.  My Bud Light Lime tested even better, my celebratory shot of tequila had less bite, and my three dogs howled along the side of me as they do every time they hear a loud noise.

And while physically I was alone in my basement mancave during my celebration, I know that there were others in my presence who were just as ecstatic as me. 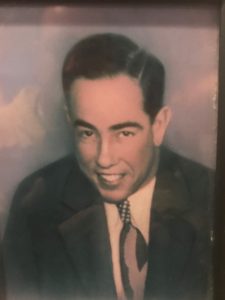 Thanks to the many gifts from family members at Christmas and purchases of my own, the walls of private barroom are covered with sports memorabilia.  However, there is one corner of my sanctuary that is set aside for family.

To say that I grew up in a sport-centric family would be an understatement.  I’m the last of six kids – four of whom are boys – and the difference in age from my oldest brother Larry and me – the youngest and the best looking, of course – is 19 years.

All of the boys were good athletes to varying degrees – with, again, me being the youngest and the best – and I mostly learned the games I played from them.  As I often say, I didn’t learn to catch a baseball because my brothers threw them to me,  I learned to catch because they threw them at me.

And the irony is that all of us fell in love with sports because of the passion of a guy who never got a chance to play any of them.

My dad – Robert Flanagan, Bob to his friends – was diagnosed with polio shortly after his birth in 1920.  By the time I was born he was 48.  Growing up my dad would “walk” with the use of a cane and a cumbersome steel and medal brace that was attached to his ever-present wingtips.  As he aged all of us would often “give him an arm” when he requested help getting around. 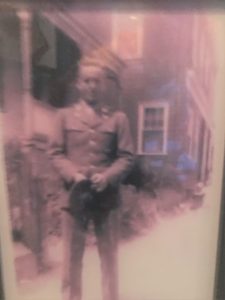 The only sport he ever could participate in fully was candlepin bowling, which – unlike me – he excelled at.

My early memories of watching sports always involve my dad, especially when it comes to baseball.  He was a true student of the game and he could talk it with the best of them.  I’ll never forget what longtime family friend – and quite a sportsman himself – Mr. John Leary, said to me as he gave his condolences to 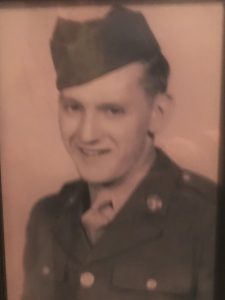 As we stood a few feet from my father – who by his side sat a Red Sox cap – he grasped my hand firmly, looked me in the eye and said, “Your father could have managed the Red Sox.  He knew more baseball than half of the bums that have managed that team.”

And as he began to let got, he tightened his grip again and leaning closer to me he emphatically stated, “And I mean that.”

When I was a kid, summer Saturdays always meant that NBC’s Game of the Week would be on our TV set.  And should my cousins be visiting for a family cookout– which was a frequent occurrence back in those days – my uncles and my dad would be huddled around the set drinking beer and talking baseball.

I can remember during one of those get togthers that took place at my Uncle Jim’s in Abington when Oakland was winning four consecutive World Series titles in the early ‘70’s.  Probably because my siblings and older cousins wouldn’t play with me, I took to lying on the floor in the living room listening to them talk during Sox game against the A’s.

Of course, I had no clue what they were talking about – I was maybe seven at the time – but I remember how I felt listening to them.

Looking back, I guess you could say that feeling was one of the reasons I fell in love with the game.

Almost every Red Sox fan of a certain age has a similar story as mine.  Many have watched a loved one pass without seeing the team they rooted so hard for finally win it all.

Many of them suffered through ’46, ’67,’75 and ’86, and each time the team that called Fenway Park home found a new and treacherous was to break their hearts.

When I think of the success that Boston sports fans have been able to witness since the Patriots won the Super Bowl in 2001, I sometimes feel a tinge of guilt knowing how much just one of the 10 title local teams have claimed this century would have meant to them.

So, as I sipped my beer, downed my shot and watched the champagne celebration in the visitors’ clubhouse at Minute Maid Park in Houston early Friday morning, I went to my favorite corner of the room in my private paradise and I drank a toast to the men who taught me the game I love.

What do you say we do it again in a couple of weeks, fellas?