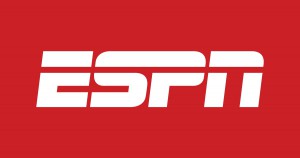 It’s been a bad day for ESPN. Early this morning, Judge Richard Berman sacked the NFL and Roger Goodell, voiding the 4-game suspension of Patriots quarterback Tom Brady. By all accounts, ESPN had contributed to Deflategate, fanning the flames with misinformation, either deliberately or unintentionally that painted Brady and the Ostriots as cheaters.

And now tonight, ESPN announces that Curt Schilling will be taken off the air for comments tweeted late last week. The PC Police have turned Schilling’s comments upside down with the hope of striking a blow against the conservative-minded Schilling who often puts his own foot up his ass.

In his Tweet, Schilling compared radical Muslims to Nazi’s. Sounds about right to me ! How about you ? No where does Schilling lump all Muslims as Nazi’s nor all German’s as Nazi’s. ESPN has fallen to the pressures of the PC Police. Does Schilling need to express his thoughts no radical Muslims ? No ! But that’s who Schilling is. Love him or despise him. He has an opinion and ESPN new this before hiring him.

Shame on ESPN for bowing to the thoughts of those on the shallows-minded Left who think they know what’s best for those with dissenting thoughts and opinions !

It’s been a bad stretch for ESPN and today added to its stretch of poor decisions.

The following was taken from WCVB.com:

Former Boston Red Sox pitcher turned ESPN broadcaster Curt Schilling will remain off the network for the remainder of the Major League Baseball season and postseason, the network announced Thursday.

Schilling was removed from the network last Tuesday just hours after sharing a meme that compares Muslim extremists to Nazis.

In the Tweet, Schilling wrote that, “The math is staggering when you get to the true #s” and included a meme of Adolf Hitler with the words “It’s said only 5-10% of Muslims are extremists. In 1940, only 7% of Germans were Nazis. How’d that go?”

“At all times during the course of their engagement with us, our commentators are directly linked to ESPN and are the face of our brand. We are a sports media company.

“Curt’s actions have not been consistent with his contractual obligations nor have they been professionally handled; they have obviously not reflected well on the company. As a result, he will not appear on ESPN through the remainder of the regular season and our Wild Card playoff game,” ESPN said in a statement.

Schilling responded to users who expressed their views, and issued an apology last Tuesday afternoon.

“I understand and accept my suspension. 100% my fault. Bad choices have bad consequences and this was a bad decision in every way on my part,” Schilling tweeted.

Schilling pitched in the majors for 20 seasons for the Baltimore Orioles, Houston Astros, Philadelphia Phillies, Arizona Diamondbacks and Boston Red Sox. The six-time All-Star finished with a record of 216-146 and a 3.46 ERA. His 3,116 strikeouts rank 15th all time.