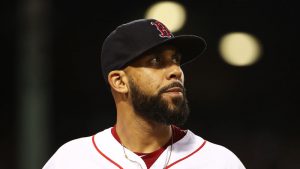 I agree, it would have been nice if we knew who applauded on that plane, and for those who did, if they felt bad about it. But we don’t definitively know who clapped, and if all who did fully understood the intensity of the situation (as some in attendance wondered).

I agree, it would have been nice if John Farrell extended some sort of apology on behalf of the uniformed personnel. Yet, the Red Sox manager didn’t, instead (as he mentioned on Dale, Holley & Keefe) deferring to the higher-ups when it came to reaching out to Dennis Eckersley.

And I agree, it would have been nice if we knew if anybody on this Red Sox team tried to relay the right and wrong to either David Price or one of his followers. It’s something we would hope the likes of Dustin Pedroia might do. But, again, we’re currently left with the unknown.

Right now we are living with discomfort, uncertainty, anger and disbelief. Almost a month later, the story continues to evolve.

There is, however, one piece of the puzzle that has been defined: Price’s ploy didn’t work. There is no room for interpretation. It’s time for Pitcher Dave to admit that.

Price stood up in front of his locker after his start against the Rangers and uttered these words when asked about his run-in with Eckersley on the team plane four days before: “Standing up for my teammates. Whatever crap I catch for that I’m fine with it.”

Price has taken plenty of poop. And that’s just super he can deal with it. But what he failed to plan for was that the rest of the team and organization got a bunch dumped on them in the process.

The pitcher seemingly thought he invented a new way of being a good teammate, airing out media members who he believed had unfairly been critical of other members of the Red Sox. It first happened in New York when he went at it with Comcast’s Evan Drellich before giving his piece of mind to a few more writers just hours before his Yankee Stadium start. Then came the stage he set up for Eck on the plane. Both were purposedly in ear-shot, and eye-shot, of his protectees.

Who needed private disagreements when this new manner of showcasing could send such a powerful message? It seemed stupid at the time, and now we have proof it was.

Everybody associated with the Red Sox are feeling the effects of this. Every player on the roster is coming under scrutiny because of the uncertainty regarding the airplane applause. The manager is getting heat for not doing a better job of controlling this guy. And the organization as a whole is being viewed in a negative light because of what it all represents, ultimately proving bad for business. (Ratings and positive perception have both taken hits.)

It’s a first-place team fewer and fewer people are enjoying, and Price’s antics are at least responsible for a chunk of that. It’s time he owns up to this reality. He didn’t protect his teammates, he has hurt them. That is now undeniable.

We shouldn’t hold our collective breath for a Price apology. He has been told in a variety of ways (after a variety of incidents) by various Red Sox authority figures, incuding Farrell, that the pitcher was taking the wrong tact. The response at every turn from the player was that he knew what he was doing and no apologies or alterations were needed.

Price truly believed he was being a good teammate, while perhaps conviently getting to air out some who might have given the pitcher some grief. Well, that’s out the window. Maybe some in that clubhouse believe the strategy was worth it. It wasn’t. Every single player on this team is in 2011-esque crosshairs, many of whom don’t deserve to be. Same goes for the manager, as well as anybody else in a leadership position.

There is plenty of blame to go around, and that blame will keep on coming.

But, make no mistake about it, Price has made this whole mess possible. His master plan has backfired. It’s check-mate. It would be a perfect time to tip over the king, concede and move on. Somehow I think he will continue to stare at the board and insist the game is still going on.