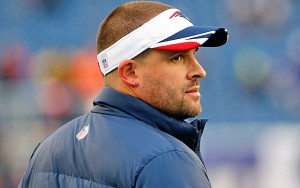 According to EEI’s Christopher Price, the Miami Dolphins have requested permission to interview both Patriots coordinators

“The Dolphins have requested to interview Josh McDaniels and Matt Patricia for their soon-to-be-vacant head coaching job, according to Adam Schefter of ESPN.”

McDaniels, who has served as the Patriots offensive coordinator from 2006 through 2008 from 2012 through this year, has been a perennial head coaching candidate since he was let go as head coach of the Broncos midway through the 2010 season after a year-plus in Denver. However, this is a first for Patricia, who has been New England’s defensive coordinator since the start of the 2012 season