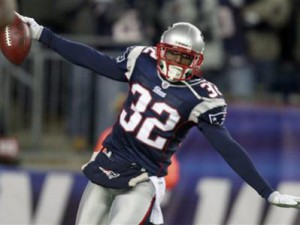 Q: Devin, how do things change this time preparing for them? Last time it was Brock Osweiler and this time it’s Peyton. Do things change defensively between the two quarterbacks?
DM: Yeah, I think it’s a little different depending on which quarterback is in. I mean, you talk about a guy like Peyton Manning, who has years of experience seeing every defense, he knows what he wants to do. I think when he’s out there, no matter what’s in the game plan or what’s not, he’s able to check to different things that he’s seen throughout his time. When Brock was in there it was more [about] running an offense, running [head coach Gary] Kubiak’s offense. What they do, whether it’s play-action passes, different run game with the stretch-run and I think whereas Peyton is in, it’s just different variables that you don’t know.

Q: How important is it for the run defense this week considering Kubiak, he’s kind of tricky, he either runs on any down or passes. How important is that to stop the run this weekend?
DM: Oh, it’s huge. I think Bill [Belichick] read off a stat today. I think it was 10 games where they rushed over 100 yards – they’ve won nine of them. That’s a great stat for an offense and I think it’s big for us to go out there and play well and stopping the run because when they run the ball well they usually win. It’s kind of a direct correlation for us that we’ve got to make sure we go out there, play well in the run game.