LET’S PLAY TWO: The Red Sox were dealt a 3-2 loss in 18 innings last night in Game 3 of MLB’s 114th World Series…It was the 1,578th postseason game in MLB history, including the 663rd World Series game.

>>> Last night was the longest World Series game ever by innings, and tied for the longest postseason game…The other 18-inning playoff games were Game 2 of the 2014 NLDS (SF vs. WSH) and Game 4 of the 2005 NLDS (HOU vs. ATL). 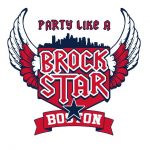 MARATHON MEN: At 7 hours and 20 minutes, last night marked the longest postseason game in MLB history, breaking the previous mark by nearly an hour…The previous record of 6:23 was held by Game 2 of the 2014 ALDS, which also lasted 18 innings (SF def. WSH, 2-1).

ALL HANDS ON DECK: The Red Sox and Dodgers set a postseason record for most players used (46) and most pitchers used (18)…Of the 50 players on the teams’ active rosters, only BOS pitchers Chris Sale and Drew Pomeranz and LAD pitchers Rich Hill and Hyun-Jin Ryu did not play.

>>> Each team used 23 players, matching the MLB postseason record…Prior to last night, only 1 team had ever used that many players in a World Series game (1991 Twins, Game 3 at ATL).

>>> Each team also tied the MLB postseason record by using 9 pitchers…Prior to last night, only 2 teams had ever used that many pitchers in a World Series game (2017 Dodgers G2 vs. HOU; 2005 White Sox G3 at HOU).