Chiarelli, Bruins have lost their way 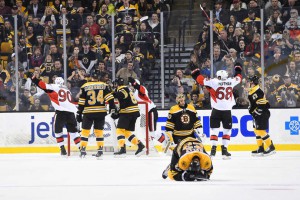 With the March 2nd trading deadline fast approaching, things couldn’t get much gloomier for the Bruins, who were 2-1 losers against the Vancouver Canucks last night at the Garden.  In their first action since it was confirmed they would be without top line center, David Krejci, for what looks like the remainder of the regular season, the B’s lack of scoring once again bit them in the butt.

It has reached the point that even those sporting the thickest pair of black and gold goggles have to be able to see that there is no way on earth that the Bruins are winning the Stanley Cup this season.  There are many things you could point to as the reason why they are where they are (Injuries to key players, the subtraction of talent from the roster with no replacements, the inability to produce NHL caliber players in the draft/minor leagues, core players underperforming and tuning out the coach, should I go on?) but there is one major reason why the Bruins are on the outside looking in, when it comes to really competing for a championship.

They are a team without an identity.

After being ousted by the Montreal Canadiens in the second round of the playoffs last year, Bruins general manager Peter Chiarelli had this to say in his post-mortem press conference, “This is a very good team. There are some tweaks here and there but it is a very good team.”

When asked about how it felt to be kneecapped by their hated ancient rival, the B’s GM offered this, “Very emotional and it is my job to be unemotional about it. So this is a good team and there are some trends in hockey that we have to address in this team. It may be that we don’t get addressed until fall or half way through the year or July first or before. Just, like, you have to let things unfold sometimes. But we’re not going to make too many changes to this team but there will be some changes.” 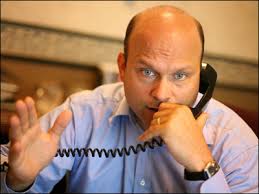 The changes the B’s boss had promised were merely subtractions from a roster whose core is not talented enough to succeed without support players who know head coach Claude Julien’s defense-first system, and are big enough, and strong enough, to implement it.  The Bruins became perennial Cup contenders by developing a four line attack that had a physical presence throughout the line up, and that could lock you down with their smack-mouth style of play in both ends of the ice.

When the Bruins were right through the height of their half-decade stay near the top of the NHL, they would grind teams into submission. Wave after wave of forwards that would drive defensemen into the boards in the offensive end, and with defenseman that would punish the opposition if they dared drive towards the net in their own end, they broke teams down more often than not.

It was a formula that worked so well, teams like the Los Angeles Kings and St. Louis Blues tried to copy it, and for the Kings it worked to the tune of two Stanley Cup Championships in three years.

Yet slowly but surely, the Bruins have turned away from the style that made them so successful.  It started after the Finals loss to the Chicago Blackhawks in 2013 when the likes of Nathan Horton and Andrew Ference left for free agency.  It continued that summer when Chiarelli chose to deal away Tyler Seguin and netted only Loui Eriksson, Reilly Smith, Joe Morrow, and the recently departed Matt Fraser in return.

More of the team’s character was lost when the B’s GM said “thanks for the memories” to long-time locker room leader and enforcer Shawn Thornton this past summer, and got even worse when he thought it was a good idea to deal Johnny Boychuk to the New York Islanders for only two second round draft picks right before the start of the season.  Chiarelli’s failure to replace Jarome Iginla on his top line has been an Achilles heel all season.

By stripping his core of such valuable supporting parts while failing to replace them through the draft or free agency, Chiarelli took a team that the rest of the league feared, and turned them into an undersized group that lacks speed, toughness, and scoring ability.

Face it Bruins fans, your team currently sports a losing record at 29-22-9 (that last column is overtime losses, so they are actually 2 games under .500), and has a not-so-comfortable 2 point lead over the Shawn Thornton led Florida Panthers for the last playoff spot in the East.  Even if they get Krejci back before the playoffs, the odds of them picking up a top line right wing and a top three defenseman without subtracting from their core is highly unlikely.

Perhaps what Peter Chiarelli should have said in his season ending press conference last year was, “This was a very good team.”  What they are now is a below average hockey team without an identity.

There is no magic bullet fix for the Bruins.  No matter what Chiarelli does or does not do at the trading deadline, his team will remain fatally flawed.

What team president Cam Neely and Bruins ownership need to decide is what type of team they want their general manager to build, and whether Chiarelli is still the right guy for the job.