Chandler Jones ” I made a pretty stupid mistake…” 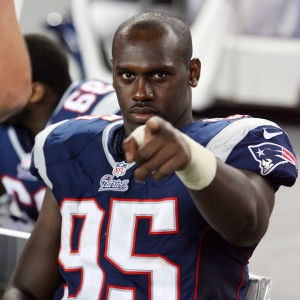 FOXBOROUGH, Mass. — New England Patriots defensive end Chandler Jones conceded he made a “stupid mistake” that resulted in him going to the Foxborough police station for help after reportedly having a bad reaction to synthetic marijuana.

“I made a pretty stupid mistake this weekend,” Jones said.

Jones said he “was told” to go to the Foxborough police station to seek help after he reportedly had a bad reaction to synthetic marijuana.

According to a police report released Thursday, Jones went to the department shortly before 8 a.m. Sunday.

“We asked this man to identify himself and we had also asked him to tell us what he had been doing. The man stated, ‘I’m Chandler Jones…’ and he kept telling us that he had ‘been told’ to come to our police station,” Officer David Fascaldo wrote in the report.

SportsCenter 5 contributor Chris Gasper, of the Boston Globe, reported that Jones’ reaction to the drug contributed to Jones being admitted to the hospital on Sunday.

This report was taken from WCVB