Boston Bruins President Cam Neely sounds like a man who has seen enough. Neely spoke with the Globe’s Kevin Paul DuPont by phone from Edmonton on Tuesday and shared his displeasure.

Neely admits to KPD of reaching the “disappointed” stage when asked about his thoughts of the 2014-15 Bruins. Not a big surprise there. What is a surprise to me is why has it taken Neely so long to go public ?

On Jan. 6th, Charlie Jacobs was handed total control of the Bruins. His first act….? Let Bruins management and his players know that their currently level of play wasn’t making it…“I’d say without question this has been a very disappointing year,” Jacobs said “It’s unacceptable the way that this team has performed given the amount of time, money and effort that’s been spent on this team. To see it delivered the way it has is unacceptable. I can tell you that at the moment it’s a very fluid situation that’s being monitored closely. I don’t have any answers for why we’re under-performing because if I did I would have tried them long ago.”

Jacobs also confirmed during his press conference in January that he “had several meetings in the last 24 hours” with Neely and Chiarelli. Not imagining that went well.

The following was taken from Neely’s interview with KPD:

“I’ve been frustrated at times in the past,’’ Neely acknowledged, “but for the most part our team’s compete and effort level has always been there. So, yeah, I’ve not been to the ‘disappointed’ stage before. 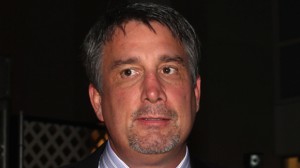 On the lack of production on the PP since the loss of Marc Savard….”Yeah, there’s that,’’ said Neely, focused more on overall effort and desire as factors for success/failure, “but there’s that other part, too, of wanting the puck while you’re on the power play. In other words, outwork the penalty killers.

“Goals always aren’t going to be pretty, even on the the power play.’’

If I’m Neely, I’m letting his team of nonperforming, over-paid athletes know publicly that this malaise will not continue a lot sooner than he did.

Nothing hits a professional athlete harder than a public critiquing from the man in charge. Neely, as we all know, is a fiery guy. Ridding the elevator with him from the Press Box to the third floor at The Garden following a loss is not a warm and fuzzy moment. The stare…the facial expressions are unmistakable.

So nearly six weeks after getting his butt publicly probed and spanked by Jacobs, he goes public with his thoughts about this mess that is the 2014-15 Bruins.

Too late in my opinion. A brief spark in January with a few wins has been followed with a performance in February that may likely cost the B’s a playoff berth.