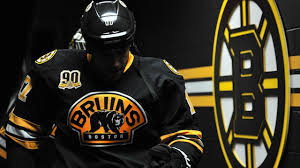 All indications point to Thursday as the date the court will be in session for the second season with the Boston Bruins playing host to the Detroit Red Wings in the first round of the NHL playoffs.  B’s fans everywhere are hopeful that the verdict won’t be in on their team until late June, however.

These are not you father’s Red Wings, or even your older brother’s for that matter.  But any opponent is dangerous in the opening round of the NHL’s quest for the Cup, and these Wings are certainly that.

While they are no longer led by multi-Cup winners such as Kirk Maltby, Darren McCarty, Kris Draper and the immortal Niklas Lidstrom, they still can roll out Pavel Datsyuk, Niklas Kronwall and if healthy Henrik Zetterberg.  Add to the mix the young Gustav Nyquist – who popped in 28 goals over the course of only 56 regular season games this year – and the crafty veteran Daniel Alfredsson  – who spurned the Bruins overtures during the off-season, choosing Detriot over Boston instead and potted 18 of his own – and you have a formidable foe for the Bruins first round opponent.

The Bruins enter the playoffs as the President’s Trophy winner with the league’s best record which will provide them home ice advantage for as long as they are alive in the NHL’s second season.  This, however, is no guarantee of playoff success.  Since the lockout season of 2004-05, twice as many President’s Trophy winners (4) have gone out in the first round as those (2, including the 2013 Chicago Blackhawks who beat the Bruins in the finals last year) who have gone on to win the Cup.

Those are not exactly the best of odds, but then again the Claude Julien led Bruins have shown during their remarkable run since winning the Cup in 2011, they leave little to chance.

The Bruins were playing the best hockey on the planet entering April, posting a 15-1-1 record and deposing of their opponents with surgical like precision.  April presented the B’s with a string of pretty much meaningless games and their pace slowed to 2-1-3, including a 3-2 loss to the Wings in Detroit.

If the Bruins hope to move on to the next round of the playoffs they will have to take advantage of their season long dominance at home.  The B’s posted an NHL best 31 home wins this season, often times simply out classing their opponents with a smothering forecheck and dominant play in the defensive end.

Add to that Tuukka Rask playing at a Vezina Trophy level since the Olympic break and the B’s seem poised for a prolonged run, creating a prison on ice that few teams have found a way to break free from.

So it begins, the best tournament in sports that runs from mid-April to late June until one team emerges to hoist the Cup over their weary heads.  There are no appeals on the docket in the playoffs and each team will have to pay for their own sins.

As the Bruins enter play on Thursday night they do so as an odds on favorite to be in the Eastern Conference Finals. For the fans in B’s Nation there will be no time for mourning until the Cup is safe and sound on Causeway St. for the second time in 4 years.