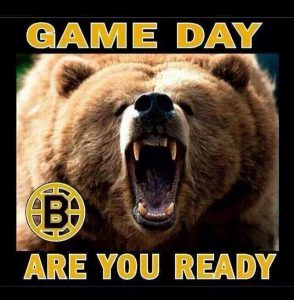 BOSTON BRUINS HOLIDAY TOY DELIVERY: On Monday, December 19, the current Boston Bruins roster will participate in the Boston Bruins annual Holiday Toy Delivery event beginning at approximately 1:30 p.m. (time subject to change based on team schedule). To kick off the day, Lahey Health, the official healthcare partner of the Boston Bruins, and Bruins mascot Blades, will deliver the toys to Winchester Hospital. The Bruins will then split up into teams and visit children at six Boston hospitals and deliver the toys purchased at the Bruins Holiday Toy Shopping event earlier in December. The players will visit Floating Hospital for Children at Tufts Medical Center (best media opportunities, 755 Washington St, Boston, MA 02116), Boston Children’s Hospital, Franciscan Hospital for Children, MassGeneral Hospital for Children, Shriners Hospital for Children, and Spaulding Rehabilitation Hospital.

TOYS FOR TOTS COLLECTION DRIVE: The Boston Bruins will be collecting new, unwrapped toys for the US Marine Corps “Toys for Tots” program during today’s game. The collections will be held at the TD Garden entrance turnstiles and at Community Corner located in Loge 4. For every $10 donation or toy donation, fans will receive a raffle ticket to be entered into a drawing for Bruins autographed memorabilia including a team-autographed stick, player-autographed photo, and player-autographed puck.

PASTRNAK SIDELINED: David Pastrnak will miss today’s game after undergoing a successful removal of the olecranon bursa from his right elbow on Friday, December 16 at Newton Wellesley Hospital by Dr. Matthew Leibman. His condition will be re-assessed on a day-to-day basis. Pastrnak leads the Bruins and is second in the NHL in goals with 19 in 27 games. The 20-year-old forward has already surpassed his career high of 15 goals, which he set last season.

MATCHUP HISTORY: Today’s game is the first of two meetings this season between the Bruins and Kings and the only game to be played at TD Garden. The Kings swept the Bruins last season, but games have been close, as 12 of the last 14 games between these teams have been decided by two goals or fewer. This is the third matinee this season for the Bruins, who have won both of their previous afternoon games.

309 AND COUNTING: Following their game vs. Anaheim on December 15, the Bruins have sold out 309 consecutive regular season and playoff games at TD Garden. Their last non-sellout was on December 2, 2009, when they hosted the Tampa Bay Lightning and drew 16,553.

KINGS NOTEBOOK: The Kings lead the NHL with 947 hits, 116 hits more than the second-place Arizona Coyotes… Forward Jeff Carter leads the team in goals (14) and points (24), and is also tied for the league lead with six game-winning goals… Forward Tyler Toffoli is second on the team with 20 points (eight goals, 12 assists) and leads the team with a plus-15 rating, eight points higher than second-place (Tanner Pearson, plus-7)… Starting goaltender Jonathan Quick is on injured reserve with a lower-body injury.