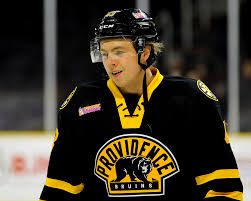 BROADCAST INFO: Today’s game will be broadcast regionally on television on NESN and on the radio at 98.5 The Sports Hub. It can also be live streamed regionally on the NESNgo App and NESNgo.com. Puck drop is set for 7:09 p.m. ET.

FIRST RESPONDERS CHALLENGE: The second annual BFit First Responder Challenge powered by National Grid will take place Sunday, January 28 at TD Garden. This one of a kind event invites local first responders from all over New England to participate in a course throughout TD Garden. The event takes place to raise awareness around health and wellness of first responders and to support The Hundred Club, Inc., a charity that supports the families of police officers and firefighters who are killed in the line-of-duty. All proceeds of the BFit First Responder Challenge will be donated to The Hundred Club. For more information, please visit BostonBruins.com/firstresponderchallenge.

MARCHAND NAMED THIRD STAR: Brad Marchand was named the NHL third star of the week for the week ending January 21. Marchand, who was selected to his second-straight All-Star Game in 2018, led the league in scoring this week with two goals and five assists for seven points as the Bruins earned seven of a possible eight points to improve to 27-10-8 (62 points), second in the Eastern Conference. Marchand notched one goal and one assist in the team’s 4-1 home win against Montreal on January 17. On January 18, the 5-foot-9, 181-pound left wing scored one goal and added two assists, as his linemate Patrice Bergeron recorded his second hat trick of the season in Boston’s 5-2 win over the Islanders in Brooklyn. To finish the week, Marchand tallied two assists as the Bruins defeated the Canadiens 4-1 in Montreal on January 20 for their third win against their Atlantic Division rivals in one week.

McAVOY SIDELINED: Charlie McAvoy is expected to miss approximately two weeks after undergoing a successful procedure on January 22 at the Massachusetts General Hospital to treat an abnormal heart rhythm. Following the Bruins game on November 26, 2017, Charlie told team physicians that he experienced heart palpitations during the game. Subsequently he underwent an evaluation, which diagnosed him with a supraventricular tachycardia (SVT). The type of SVT Charlie has is not considered to be dangerous to his health but can recur at any time and causes significant symptoms. After consultation with team physicians, as well as experts in this type of heart condition, Charlie decided to have the condition treated with a procedure called an ablation. The decision to have the procedure done at this time is due to a high probability of recurrence. During the period from the initial occurrence through Saturday’s game, Charlie was cleared to play by the medical team and was monitored closely.

McINTYRE EARNS AHL HONORS: Providence Bruins goaltender Zane McIntyre was selected as the CCM/AHL Player of the Week for the period ending January 21. McIntyre was perfect in his two starts last week, stopping all 55 shots he faced while posting consecutive shutouts for the first time in his career. On Friday, McIntyre made 28 saves to backstop the Bruins to a 1-0 win over Wilkes-Barre/Scranton, ending the Penguins’ eight-game winning streak. On Sunday, McIntyre turned aside 27 shots in a 2-0 victory over Springfield, lifting the Bruins back into second place in the Atlantic. McIntyre has a record of 13-8-3 in 26 appearances for Providence this season, posting a 2.78 goals against average, a .904 save percentage and three shutouts. The 25-year-old native of Thief River Falls, Minnesota was selected by Boston in the sixth round of the 2010 NHL Draft.

MATCHUP HISTORY: The Bruins host the Devils tonight for the second of three games between these teams this season and the Devils lone appearance at TD Garden. The Bruins are 8-2-0 in their last 10 games against the Devils, including a 3-2 shootout win in New Jersey on November 22 in the first game of this season’s series, and are 20-5-0 overall in the last 25 games of this lifetime series.

362 AND COUNTING: Following their win vs. Montreal on January 17, the Bruins have sold out 362 consecutive regular season and playoff games at TD Garden. Their last non-sellout was on December 2, 2009, when they hosted the Tampa Bay Lightning and drew 16,553.

DEVILS NOTEBOOK: The Devils are playing the second game of a back-to-back after losing 3-0 at home to Detroit Monday night… Taylor Hall, who paces the team with 17 goals and 31 assists, will miss tonight’s game with a hand injury… Sami Vatanen, who was acquired from Anaheim via trade, leads the Devils with 21:54 TOI in 21 games… Top overall pick Nico Hischier has eight goals and 20 assists.